You’ve missed the spiders, haven’t you? I was away for a week, and only today had time to spend a long morning working with them. They’ve been growing; I fed them a lot before I left, and when I came back I found that almost all of them had molted. 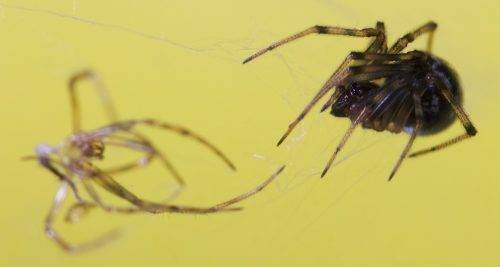 I gave them all a lot of flies today, because we’ve got another of those blizzards coming in tomorrow, and I may not be able to make it into the lab for a few days.

One big problem is that I’m down to only two Parasteatoda males, and no males for Steatoda triangulosa. This happened last year, too — the males are so much more fragile and they die off more rapidly. I resolved to invest more effort in raising da boys so this wouldn’t happen, and I didn’t do enough, obviously. Next year! I’ll do better! Or if I get a nice clutch of eggs to hatch soon, I’ll segregate the males and females as early as possible and make sure they’re well fed and protected.

This is Chad, the biggest male I’ve got. Look at those bulging palps at the front of his head! 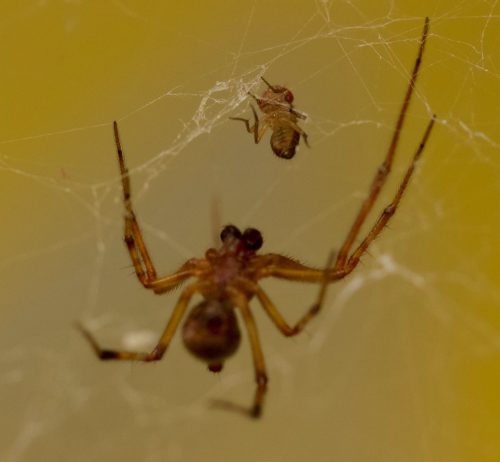 Chad got his chance. I put him in the cage with Yara, and they hit it off immediately. Yara scuttled over to him, and there was a bout of touchy-feeling probing, legs everywhere, and then she presented her epigyne to him, and he scurried right in there with those masculine palps. No fighting! No running away! I have high hopes for this encounter. 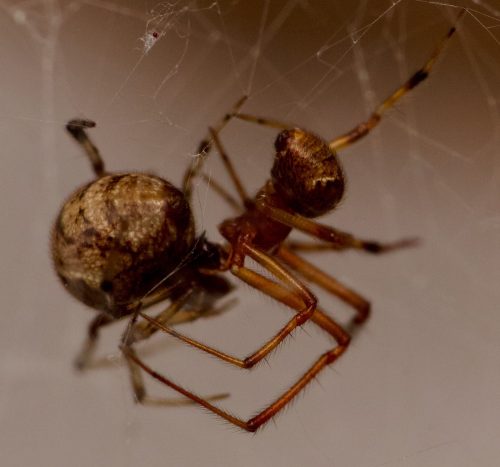 Aww, isn’t that sweet? I’m leaving them together for the next few days to make sure, then Chad is going to be introduced to some other ladies around the lab.

A major award! » « The comprehensive summary of the implosion of RWA