Today was not a good day. My mission was to sort out the prisoners the newly emerged spiders into separate containers, and also to try to document the morphology of 4 day old Steatoda triangulosa. I started out well enough, using a small paintbrush to delicately pluck out the babies and move them, and then to snap their picture.

First problem: somehow, my scope had drifted out of whack, and the eyepieces were no longer parfocal with each other, or with the camera tube. This demanded immediate fixing, especially since the photos were coming out blurry and bad. 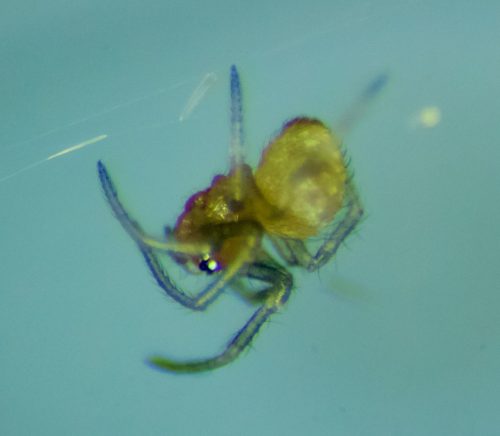 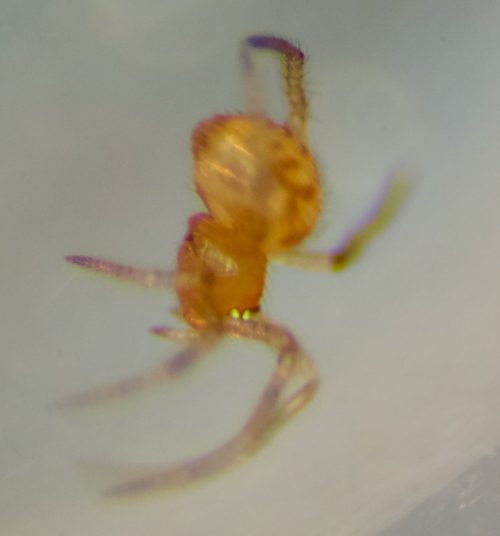 These were not acceptable. So I spent an hour fussing over the optics, tweaking the eyepieces, taking a bunch of photos of the tips of watchmaker forceps, etc., etc., etc., until I thought everything was nicely aligned. Then resume shifting spiders.

I was feeling pretty darned competent, deftly plucking up itty-bitty baby spiders, lifting them by their dragline to a new home, and then tossing them a few fruit flies. I got so confident that I deftly knocked over the source container, sending baby spiders flying all over the floor. Oops. Sorry, neighbors. Don’t worry, they won’t go far. I was down on my hands and knees trying to find them, but nope, they are very tiny and I’m pretty sure they made it to the Swiss border. I expect they’ll colonize the space under my benches quite nicely.

Well, that was about ten spiderlings lost in the architecture. So I decided I’d check out this large collection of egg sacs brought back from Texas. At a glance, though, I could tell they’d already all hatched out — after embryogenesis, they molt, and you can see the rumpled white sheet they’ve discarded inside, and then before they emerge, they molt again, leaving their spider-shaped cuticles behind. To be sure, I opened up the sacs and looked carefully, and nope, nothing but shed leg chitin everywhere. 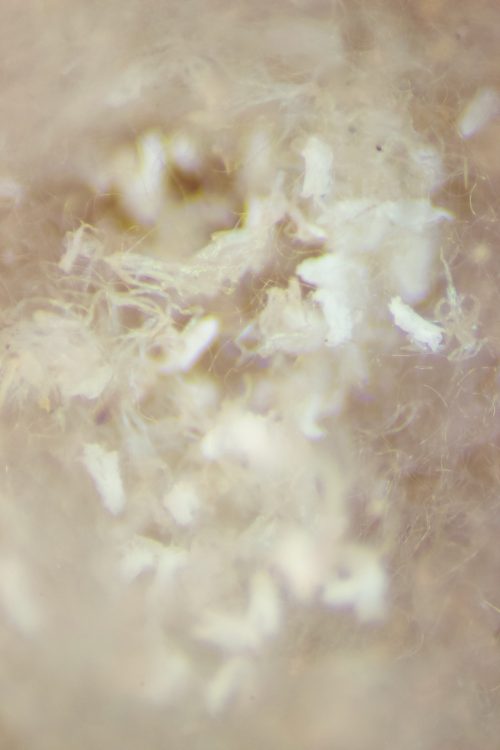 No more spiderlings to deal with today. I do have some egg sacs in the adult cages that will probably hatch out in ten days or so.

Oh well. While I was down on my hands and knees, I did discover a previous escapee near the floor and baseboards. She was looking good! 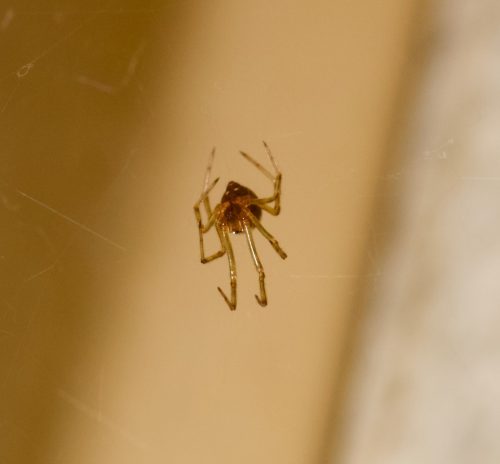 I don’t know what she’s been living on, but she’s grown. I like to think my lab is a healthy, biologically rich environment, though, so it’s good news. I thought about scooping her up and putting her in the incubator, but instead decided to throw down some fruit flies. She snapped them up fast! 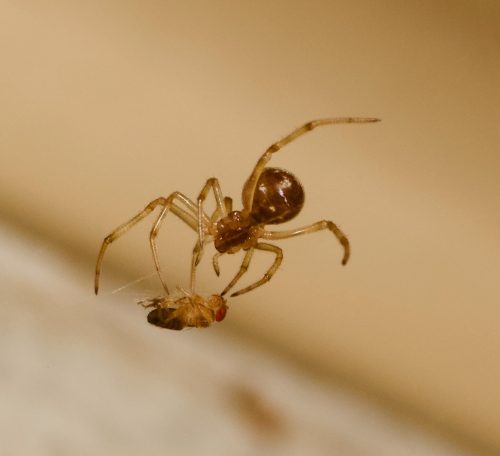 This has been a klutzy day, so I’m out of the lab for a bit, will focus on preparing for class tomorrow instead.