A decade ago, when vocal atheists were busy denouncing Christianity and other religions and furiously writing books against them, who would have thought that evangelical Christians themselves would deliver the death blow to their faith? 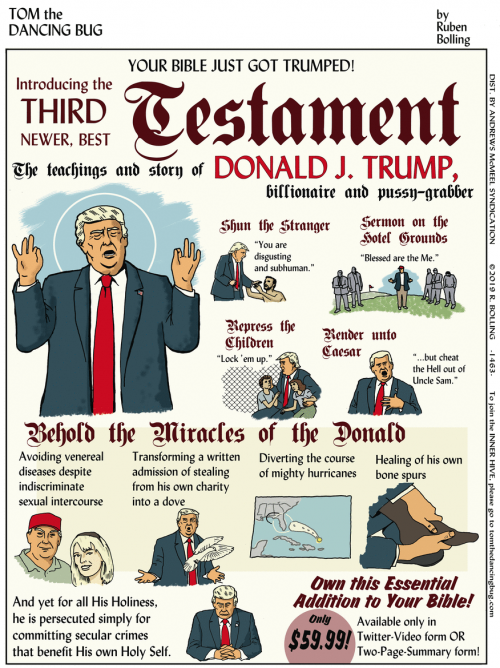 It’s amazing. All the values they claimed to have, that they claimed were sacred and intrinsic to their religion, casually discarded and converted to praise for a wealthy, corrupt boor. They just took everything we said was wrong with Christianity and validated it.

Unfortunately, at the same time, much of atheism decided to abandon the moral high ground and join the Christians in anti-feminism, anti-immigration, racist bullshit, so we can’t claim victory. It seems to be a general failure of humanity.

These young peoples sure knows their media… » « The Great Escape