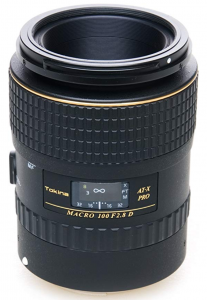 Right now, I’m cash poor (please keep that in mind if you think you can get rich by suing me) — I’m having no trouble paying the mortgage or putting food on the table, so I’m immensely privileged that way, but coming off a half-pay year and with annoying legal expenses, I haven’t been able to buy toys for myself for a while…until now. My rule is that all the gift cards I get from the Amazon Affiliate program are mine to splurge on whatever, and I’ve been saving them up for a few months, so that I can get this: a Tokina at-X 100mm f/2.8 PRO D Macro Lens.

I’ve been doing all my macro photography with a Canon Nifty-Fifty a set of cheap macro extension tubes, which work great on a budget. That was the kit lens on my camera, and the extension tubes were only about $20, so it was an easy intro to macro photography. The setup takes good photos, too. The only catch, I thought, was when you put 65mm of extension tubes on your lens, your working distance plummets to nearly nothing. You’ve got to push that lens right up next to your subject, which isn’t always optimal, so I got myself a big beautiful 100mm macro lens with a true 1:1 image ratio so that I’d have a little more flexibility.

It arrived today, so I allowed a little time to try it out, after finishing all my exam grading.

First impressions: wow, but the Tokina gives me so much room to work. The first couple of times I couldn’t find my subject until I realized I had to pull back and back to get it into focus. Yeah, working distance is vastly improved. Then I noticed that, with the same camera settings, the Tokina images were totally blown out — I have so much light to play with! I could stop down the aperture a couple more clicks, improving my depth of field, and also reduce the ISO. One of the reasons I wouldn’t call these good images is because I haven’t been able to tinker to optimize settings for this fancy new lens.

On the negative side (but not really), the 50mm with extension tubes gives me a little more magnification than the 100mm. That can be fixed if I use the 13mm or 21mm tube with the macro lens — so just more tinkering. It’s all an excuse to play.

So here are a few images. I’ve done no processing to these at all, and they’re all at the same scale, with photos of newly emerged spiderlings, a juvenile that’s about a month old, and a mature adult, so you can also get a feel for how much these spiders grow.

First, tiny little spiderlings, extension tubes on the left, Tokina on the right. 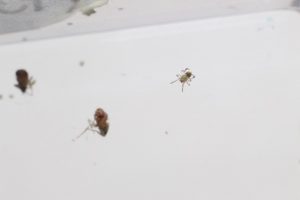 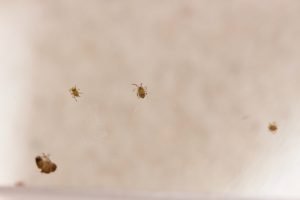 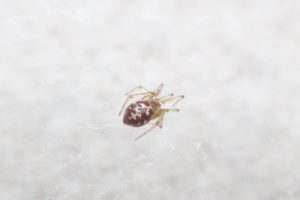 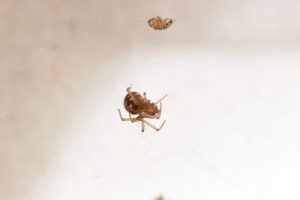 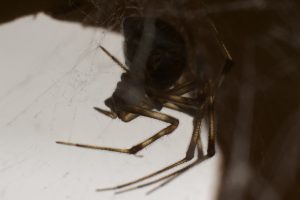 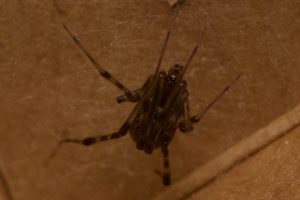 You can probably see the difference in mag most clearly in the adult images. Again, the differences in image quality are less of a concern, I just have to optimize for a bit, but I’m happy. I’ll experiment a lot more next weekend, when all of my grading is done and classwork is cleared away.