I was getting all gloomy at the thought that classes resume in 6 weeks, but this cheered me right up: at least we’re not experiencing a Great Dying right now! Geologists have come up with a plausible explanation for the cause of the Permian extinction, 250 million years ago. Massive, prolonged volcanic eruptions in Siberia released clouds of halogens into the atmosphere that destroyed the ozone layer worldwide, having catastrophic effects on plant life. 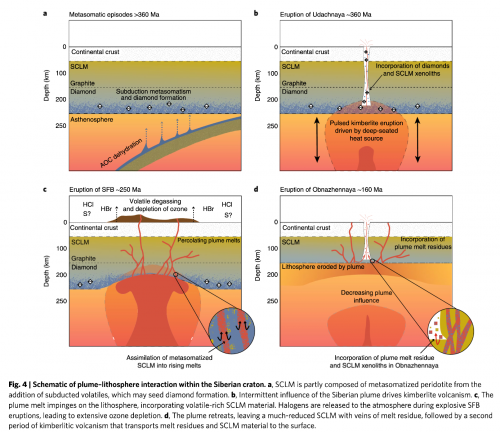 Here’s an easy-to-digest video on the subject.

I don’t know about you, but awareness of our inevitable doom always makes me happy to live life in the moment. If it isn’t rocks falling from space, it’s our planet’s crust rupturing and spewing poisonous gases into the atmosphere, or permafrost melting and releasing ancient pathogens, or our own stupidity putting Donald Trump or Boris Johnson in charge. I think Ian Malcolm was wrong: the correct phrase is “Death will find a way.”

So, what is a racist then? » « Thank you, but I really didn’t need a reminder