I haven’t done one of these in a while — it’s a dispiriting time to be an atheist — but I was inspired by a sign near my house. This is a truly excellent motto. 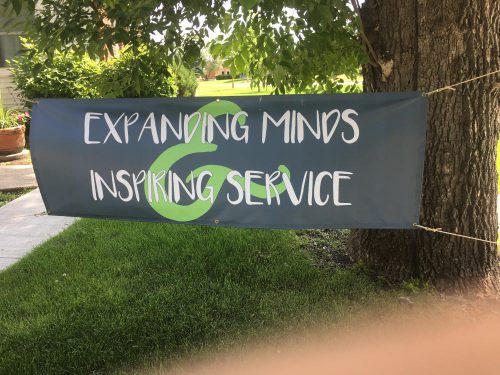 That would be a great theme for an atheist community, but of course, that sign was posted outside the Campus Lutheran Ministry Christus House, which is cause for some reservation. Religion does not expand minds, but instead narrows them. You would not go into the Campus Lutheran Ministry and find the pastor explaining how you should question everything, explore the wide world of ideas, and be reluctant to accept dogma, because their mission is to get you to accept their peculiar, limited, tightly circumscribed interpretation of Jesus Christ. The place where you’ll get your mind expanded is a few blocks north, on the campus of the University of Minnesota Morris, a secular institution.

I’m not going to accept the literal truth of that part of the sign. It’s a nice ideal, though. Too bad they don’t implement it.

The second part of the sign, though, “Inspiring Service”, is more legit. I remember from my church-going days that that was a serious and important message. Some of it was self-serving: service meant volunteering for the church or donating money to the church. Some of it was well-intentioned but horribly harmful: we were regularly exhorted to support missionary efforts in Africa. There was also, however, real good that was done. There were food drives to help the poor, visits to shut-ins, call for donations to help those who had fallen sick, requests to assist the elderly. I mowed the lawn of one little old lady who would invite me in afterwards to say a little prayer and praise the Lord. I went along with it, to be nice, and because she definitely didn’t need an argument. 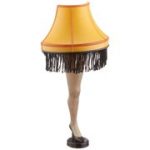 A while later, she died, and she left me a gift in her will: a giant print of “Christ knocking at the door” in a fancy gilt frame. I was told it was because she’d noticed me looking at it in her house, which was true — I had found it remarkably unattractive. I think I would have preferred a decorative lamp as a Major Award, but OK, I accepted it in the spirit with which it was given. It was a nice thought.

My point, though, is that there is an honest and sincere spirit of service in many church-goers, and I think that is a good thing. An important part of a successful movement has to be an ideal of community, and that requires effort to maintain. It requires service.

That got me thinking about atheism. Unfortunately, I think atheism exhibits the inverse of the traits of religion with respect to that motto.

There are close-minded people within atheism, I can assure you of that, but at its best, atheism practices that ideal of expanding minds. I have been involved in programs specifically geared to discuss science, and there are others who’ve worked hard to communicate principles of philosophy ad logic. We can probably all list a hundred individuals who are more interested in taking advantage of the profit potential of atheism — we have our Joel Osteen types — but there are far more atheists who are honestly interested in learning and teaching. We know their interest is sincere, because the ones who do it for pure motives are also the ones who don’t make bank off lecture tours.

But “inspiring service”? Oh god. Ask that of an atheist group and the vast majority will look elsewhere and wander off. The libertarians will clamor for a hanging. YouTube videos will appear condemning everyone of trying to build a petty empire off the membership, or simply shrieking, “HELL NO” at the very idea, and screaming about SJWs taking over. If we wanted to do “service”, we’d join a church. That’s telling, actually. You can’t build a community out of a mob of arrogant individualists who consider contributing to the greater good to be a crime against their independence.

Imagine, though, what a powerhouse atheism could be if it actually implemented the ideals in that sign. Imagine a movement built on teaching and learning, and also on sharing and working together in a community where every member was respected.

We could also imagine if a church actually worked towards both ideals…they’d stop being part of a religion and turn into a secular community. That wouldn’t be a bad outcome, either.

I’m afraid neither are going to happen, though.

They grow up so fast » « It’s too hot, so I’ve been hanging out with the spider babies