Really, if religious people made this kind of argument more often, I’d regard them far more charitably. 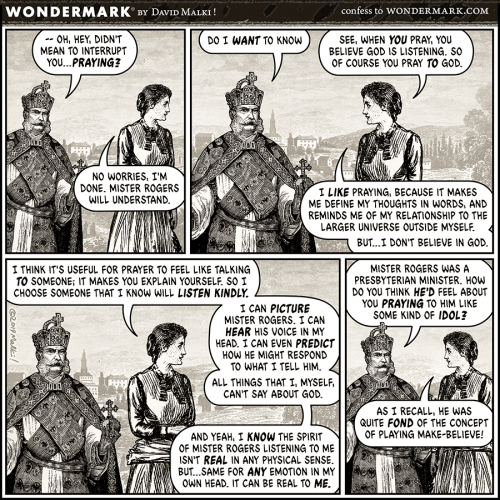 OK, but personally I regard Mr Rogers as a nice guy and all, but not someone who reflects my attitudes very well. I think I’d have to pray to an unfeeling void, or possibly an arbitrary lethal force that might kill me or allow me to live with no reason necessary.

Man, incels are messed up in more ways than one » « Egnorance, political propaganda, and transphobia