My wife and I are getting serious about this spider hunting business. We lit some torches and delved deep into our basement. I went as a dwarven fighter, she was an elven enchantress. It was terrifying.

You must understand that several years ago, when we still had teenagers at home, our basement was a hotspot for carousing. Many were the XBox battles waged in that space, the nights were full of shouts and gunfire and raucusness, and many Cheetos were consumed there. Then our offspring departed, and it fell silent and abandoned. We stripped out much of the furniture, removed carpeting, cleaned it all out, and it did fall into darkness and neglect. We braved the first level today.

The cobwebs are impressive and dense, and they were decorated with the shriveled corpses of many pholcids, and also the long-drained bodies of pill bugs, centipedes, and millipedes. We sought out any theridiidae, but they were absent. It was like a tomb.

Everything was covered thickly with webbing though, like the electrical system. Look closely, and you might see a pholcid embracing the grey box — it’s dead. I nudged it, it didn’t move (live pholcids will start gyrating in their webs if disturbed). One has to wonder what it is guarding. 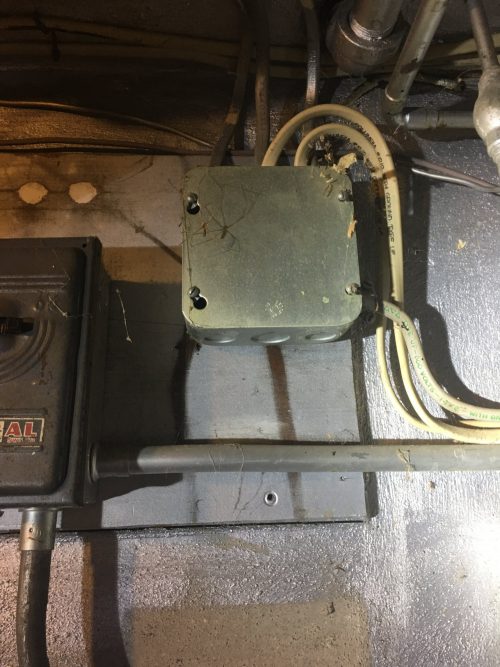 I looked into the crawlspace. That was too awful to contemplate, too infested with webbing everywhere. No one has entered that cavern in decades, so we retreated. I think we’ll have to go up a few levels before we dare plunge into that nightmare. 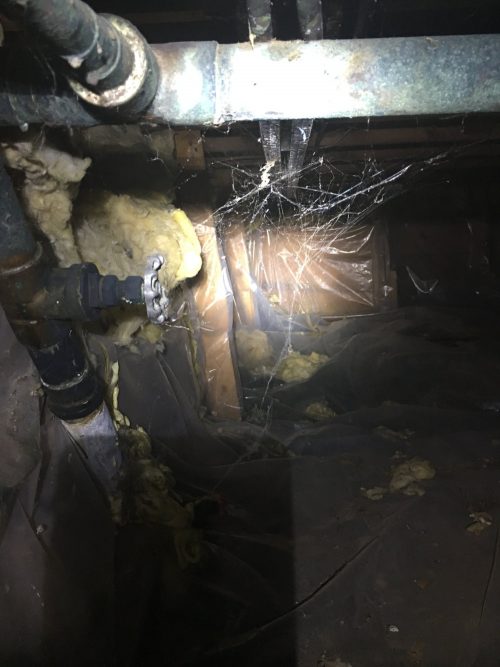 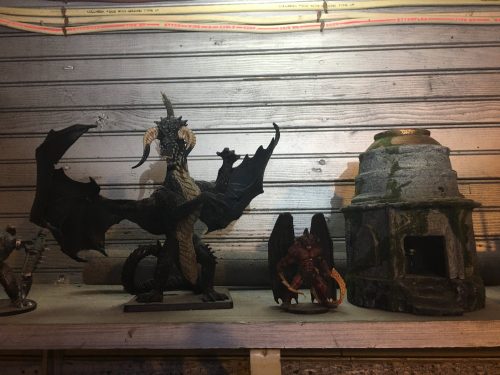 We’d found my son’s ancient D&D army. No spiders among them, though. Time to flee, so we ran back upstairs to count our loot.

We weren’t totally empty-handed. I found a few egg sacs that looked very much like the kind Parasteatoda builds. I’ll be bringing those into the lab and we’ll see if we can coax a few spiderlings to emerge.

The quest shall continue!