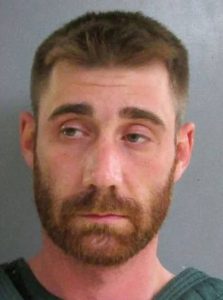 This is Michael Christopher Glance. I include his name and photo so you know to scorn him if ever you meet him. This cowardly sack of shit got in a heated argument with his partner, and to teach her a lesson, intentionally shot their two year old child in the face with a shotgun. (The child survived, but is going to require massive reconstructive surgery.)

With any luck, though, you’ll never meet him, because he should be going away to prison for a very long time.

The Avengers: Endgame is Peak Genre (no spoilers, relax) » « Do I really want to see another comic book movie?