Do other authors get this kind of review? I can’t imagine most readers do this sort of thing.

I got this mysterious envelope in the mail yesterday. 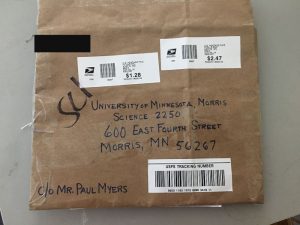 I’ve blacked out her address, but it’s from Dana from Glenville, MN. I opened it, and this was in it: 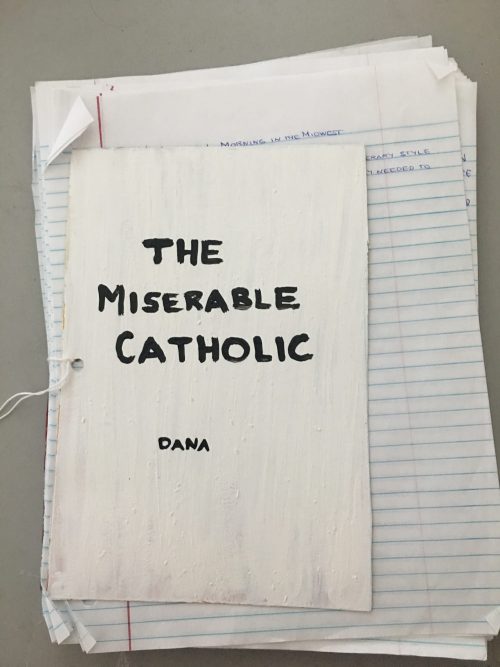 I was puzzled at first. It’s sort of a book, titled The Miserable Catholic? But it’s just a lot of lined notebook pages, tied together with string? And it’s all handwritten? Then I turned the page and it sort of murkily became clearer. 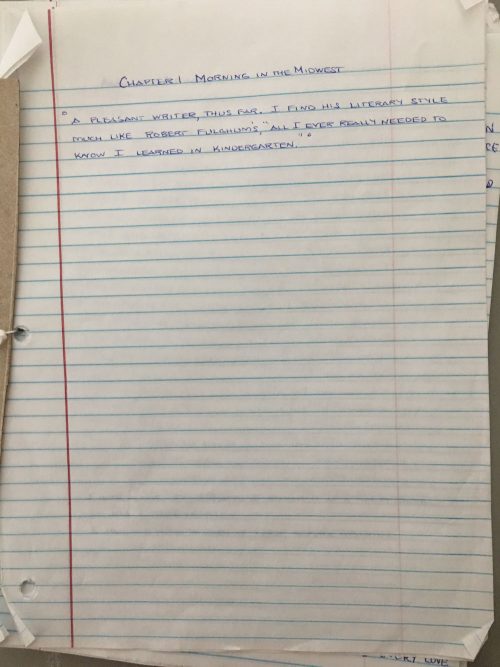 It’s a chapter by chapter journal about reading The Happy Atheist. I usually ignore the reviews, and certainly don’t think it worthwhile to rebut them, but Dana put a lot more effort into this than I would have expected, especially since she’s very Catholic and doesn’t actually like the book. So I feel obligated to at least acknowledge that she tried, and she seems to have read every single chapter, even if she just makes comments about how it made her unhappy to read this bit, or this bit was OK, or this section was wrong.

Most of the entries are short. 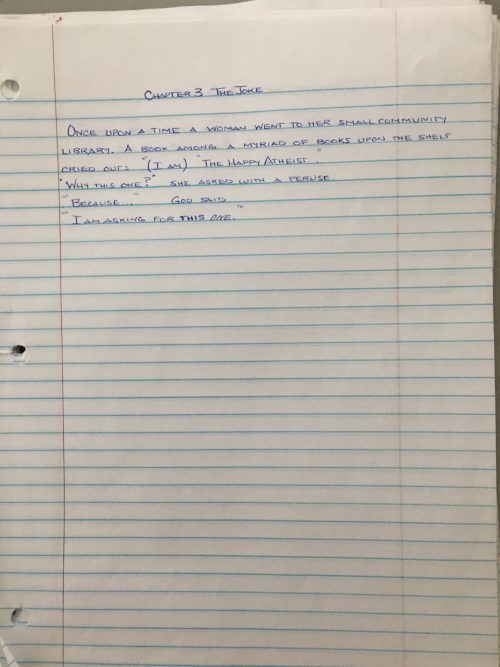 Sometimes she doesn’t seem to be paying attention to the content. 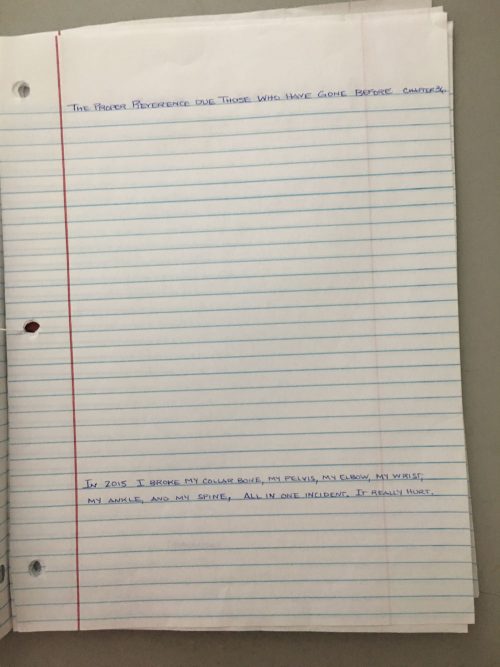 She occasionally goes off into long Catholic eruptions. 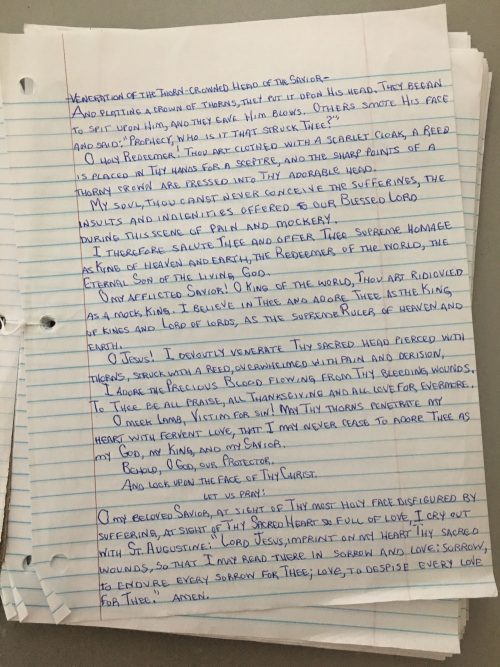 She has a few cryptic bits about who she is and what she’s trying to do. 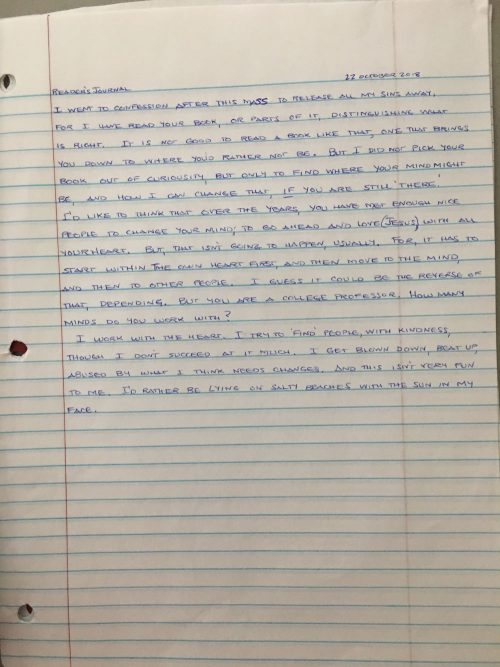 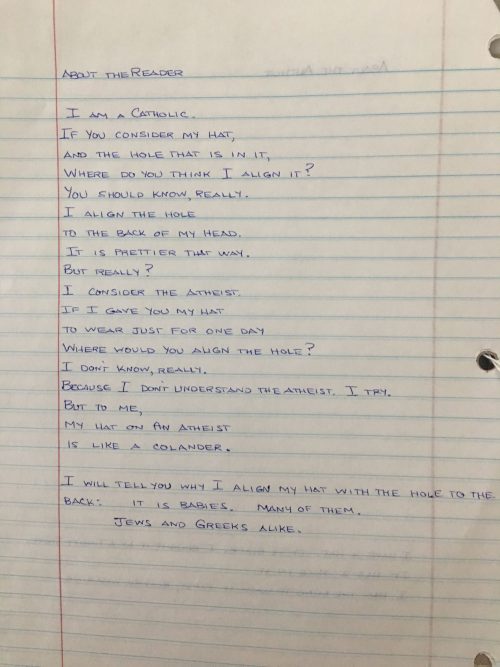 She also gives me a gift card to Culver’s. Sweet! 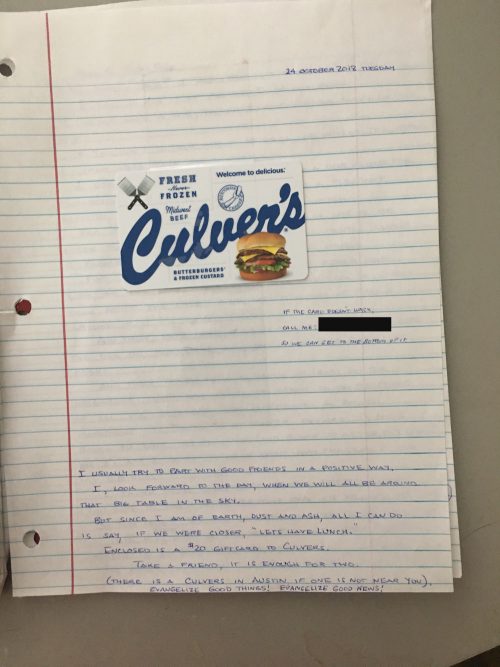 I have to respect the effort and appreciate that someone thought I was worth that much effort. Now what I’m going to have to do is put this back in its envelope and file it on my bookshelf — especially since it seems to be the only handwritten copy in existence. I’ll take good care of it.

Thanks for thinking my book was worth reading, Dana, even if it obviously made you uncomfortable. Keep on thinking!