That wacky dope has done one stupid thing too many, and it’s about time he was off the streets.

His name is Cesar Sayoc, and surprisingly, he is not a dedicated liberal.

Sayoc, a registered Republican voter who lives in Aventura, Florida, will face federal criminal charges for the mailed devices, according to NBC News.

Investigators were examining a white van plastered with stickers carrying Trump’s name and the presidential seal, according to MSNBC. The network said authorities were looking at “right-wing paraphernalia” found at the scene. 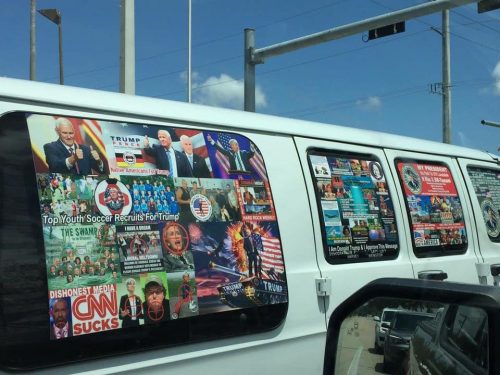