Do you need one, too? 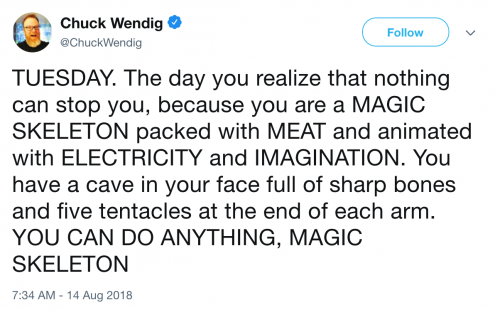 I want to face the day like this every day.