At least, I wish it were so — Turning Point USA thinks it would be a great comeuppance for us to spend a few months in a country with a political system we like. 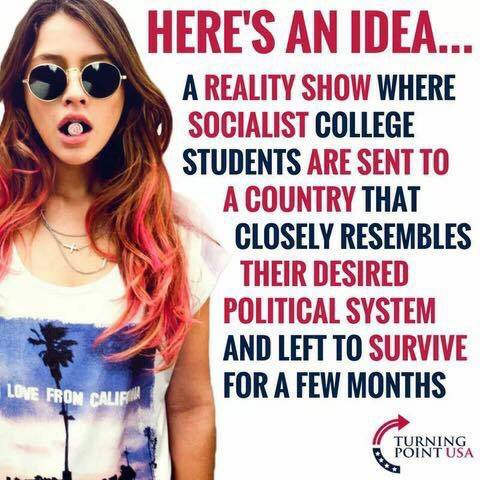 TPUSA must believe their propaganda that every other country is a hellhole compared to the US to even think this argument works. Kinda like this ignoramus:

Remember that period in American history when people were crushed by the government and marched off to camps? Neither do I.

That's because we have the Second Amendment.

Right-wingers seem to know nothing about history, or economics, or politics, or science, either.

It looks like winter out there » « A comic that seems to be topical, somehow