That a young racist asshole like Miller has risen to become the man in charge of immigration policy in America is scary enough, but there are still more Children of the Corn waiting their turn. Take a look at Cory Carnley. All you need is this one picture to know he’s a terrible human being. 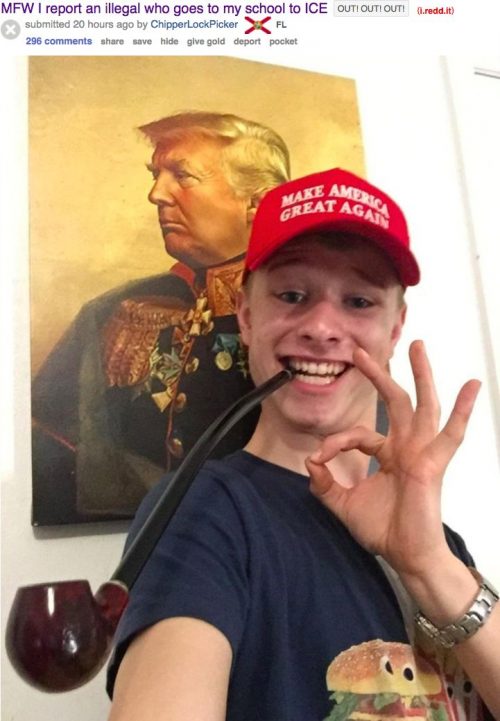 Yeah, he’s proud of reporting a fellow student to ICE, because turning in race traitors is what the Hitler Youth do. He also likes to get on social media and argue that he ought to be allowed to say the “N” word, recite nonsense from The Bell Curve, threaten to murder immigrants, and say “Merry Christmas” as offensively as possible.

Well, being expelled from high school for being a ranting jackhole might put a brief glitch in his plans. Having his name spread far and wide may also slow him down a little, until Trump sees him and makes him a duke or something.