At about 2pm on 3 July 1863, almost 13,000 Confederate soldiers made a desperate and foolish attack on the American lines at the battle of Gettysburg — they were repulsed, and half of their men were casualties. That was called the high water mark of the war with the South, and it really was the end. 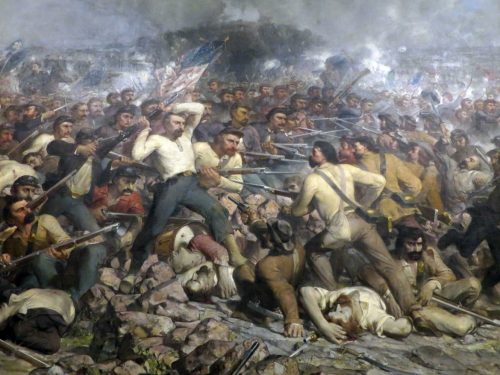 So remind all your rebel-flag-waving friends that today is the day 154 years ago that their ancestors got their bloody comeuppance in a war they provoked to defend the immoral practice of slavery. The South is not going to rise again.

Which do I dislike more, Encyclopedia Dramatica or Johnny Monsarrat? » « To be in Taholah