This is Jana Shortal. She’s a Minnesota TV news reporter. 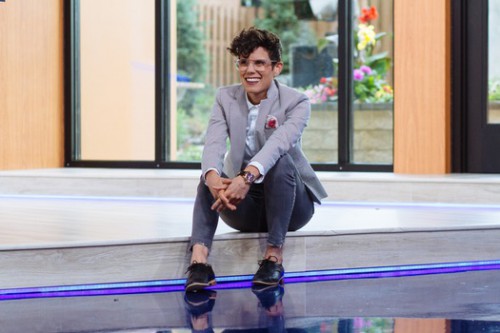 She recently reported on a news story that’s really shaking up the state. Decades ago, before my time, Jacob Wetterling, a young boy, was abducted at gun point, and ever since, his family has been searching for him. This was huge news locally; long-time residents are surprisingly familiar with the case, which caused emotional ripples all across the region when it happened. And then, just recently, the kidnapper confessed, and in wrenching detail, described how he molested and murdered a crying little boy. It has brought up a lot of horrified responses, which are entirely understandable.

Shortal reported on the story.

Then a gossip columnist for the Star Tribune, CJ, reported on the reporting, and complained about Shortal’s clothes. Her jeans were inappropriate. 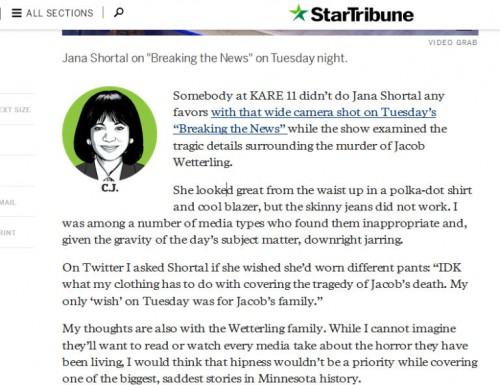 Shortal has responded very effectively — you can tell who is the better writer — but still…you’ve got a murdered child, and CJ made it into a fashion statement, as a story that was all about the pants? Remember, it isn’t about how you feel or what you say, what matters is whether the clothing you wear is sufficiently conservative when you say it.

And the thing is, there was absolutely nothing offensive or disrespectful about how Shortal was dressed. That’s what she wears to work. It’s not radical, it’s not trying to shock viewers, it was a pair of jeans.

What is Aleppo? » « In the front lines for the earth