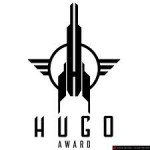 Man, they’re just torturing puppies. The Sad/Rabid/Pathetic Puppy slate got repudiated again by giving awards to people who earned them.

The winner of the best novel was The Fifth Season by NK Jemisin. This book is not light reading: three different narrators gradually coming together in a complex fantasy story set on a world with frequent apocalyptic geological catastrophes, held together by by wizards who focus on calming seismic events…or in some cases, triggering them. This is a story with a lot of hard detail and psychological nuance. It deserves this award.

The best novella (and for me, it literally was — this was my favorite SF story of the past year) went to Binti by Nnedi Okorafor. This was classic hard SF — humans live in space, engage in interstellar travel, and meet alien species, some of whom want to kill us. And at the same time, it doesn’t erase 90% of the human species by turning starfarers into an American monoculture of endless variations on Captain Kirk.

Both of those are written by black women. That has got to sting the Puppies, who hate “SJWs”, which is actually a code phrase for “doesn’t think white men necessarily deserve all the things”. There’s also no way to call these token awards — these were stunningly good books.

Most of the rest of the nominees I hadn’t read — especially that very popular “No Award” that seemed to beat out offerings from Castalia House. Of the ones I did read or saw, I did not much care for The Martian by Andy Weir, which won best long form dramatic presentation, although I will admit that the book was a fast-paced page turner, and the movie was slick. I just objected to an engineering wish-fulfillment fantasy presented as science. That one is going to be long forgotten while people will still be watching Mad Max: Fury Road. I noticed that one episode of Jessica Jones also won best short form dramatic presentation.

The best thing, though, is that when awards are given on merit, rather than racial and gender bias, you start to seen great new voices being appreciated.

NK Jemisin’s acceptance speech is worth reading. For completely different reasons, Vox Day’s weird rationalizations are also worth reading, to see the depth to which the puppies will sink. He calls Jemisin a half-savage, claims her win was primarily a vote against the Puppies, claims credit as kingmaker for The Martian’s win (it was a very popular movie and book, you know, without Theodore Beale’s “help”), and declared that coming in second place was a great victory. He also comes right out and says that the goal was to burn the Hugos.

1-800-FLOWERS, for when you absolutely don’t care about getting a terrific experience » « Malaugmented reality