I guess Ken Ham is feeling the sting of all those comments about the absurdity of his efforts to build a “life size” ark — he’s got cranes and steel reinforcements and concrete and a swarm of construction crews laboring to assemble his boondoggle, yet somehow, this giant imaginary boat was supposed to have been built by one guy and his sons 4000 years ago, out of wood. How to reconcile the contemporary tech of his construct with the basic woodworking skills of a Mesopotamian carpenter? Easy! Imagine they had super-scientific engineering technology that has been lost to us! You want proof? He’s not joking: archaeologists found non-stick frying pans in Roman sites, therefore, Noah might have had diesel trucks.

The truth is that we don’t know what kind of technologies Noah had—details are not given in the Bible. But we do know that all people are made in God’s image (Genesis 1:27), and man was intelligent, resourceful, creative, and innovative from the beginning. We also know people were already working with metals such as bronze and iron and were playing musical instruments (Genesis 4:21–22) long before Noah was born. People were also living over 900 years—imagine what geniuses like Sir Isaac Newton, Albert Einstein, or Thomas Edison could’ve accomplished if they’d lived that long! By the time of Noah, they may have had technology we would envy today.

And we find evidence that this might be the case. In the generations after the Flood, Noah’s descendants built pyramids in Egypt and ziggurats in South America that engineers have been trying to explain for years. Since much of their technology disappeared with these civilizations, we still don’t know how they accomplished these architectural feats. But we’re continually getting glimpses of the genius of ancient man.

A recent discovery made in Italy sheds more light on the intelligence of our ancestors. If you cook, you probably know the frustration of everything sticking to your frying pan. Well, people 2,000 years ago did too! So they invented non-stick frying pans. Found in a garbage dump near Naples, the high-quality pottery pans featured a “red-slip coating” to keep food from sticking.

That is, they had pans made with really fine-grained clay, to give a particularly smooth surface. Yeah, I’m convinced. Maybe Noah did have CAD and giant cranes, because Roman pottery. 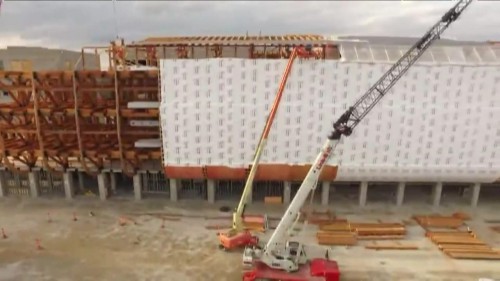 And for all that, his damned boat still won’t float.

If I’m really good, in my next life I get to be a librarian » « Milo Yiannopoulos is a fraud