Rather than running major political parties? This story made me yearn for more harmlessly flamboyant goofballs.

Simon Parkes, who until April was a Labour town councillor for Whitby in North Yorkshire, claimed “psychopathic” members of a group of world leaders, known as the Illuminati by conspiracy theorists, were hellbent on using the huge atom colliding machine to open a vortex that would allow them complete control over all of us.

Don’t worry. Mr Parkes stopped the Illuminati from conquering the world with the LHC…by meditating. I know, you were worried.

But this is the story I want to hear more about.

Mr Parkes, who has earlier made national headlines after saying his mother was alien, and he lost his virginity to one, was the key speaker of the event organised by the UFO Academy at High Elms Manor in Watford, Hertfordshire. 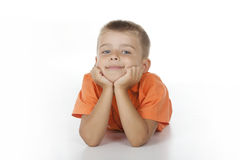 Also, I have a secret. I do love a good media non sequitur.

In Confessions of an Alien Abductee, Parkes, who is also a qualified driving instructor, said he had an alien family with an extra-terrestrial lover.

I knew there was something discombobulating about always driving on the wrong side of the road.

Democrats in disarray! » « Benghazi is a conspiracy to get Hillary Clinton elected president