It’s front-page news in the Minneapolis Star Tribune today! A dinosaur fossil was found in Minnesota!

It’s kind of a sad thing, though. This is it. 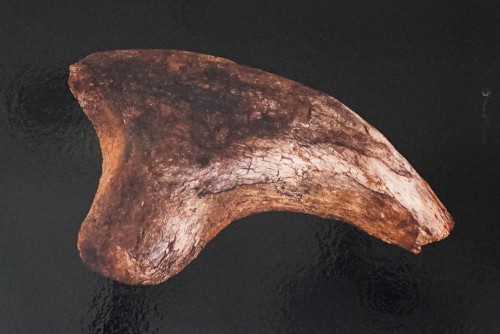 Yeah, one rather worn claw. But it is rare.

The fully intact claw, thought to be about 90 million years old, is only Minnesota’s third piece of dinosaur remains ever documented, experts say.

We have excuses. Through much of the late Cretaceous, we were under an inland sea — “The most common finds include shark teeth, clams, snails and ammonites, or prehistoric coiled shells” — and then we got bulldozed by these giant walls of ice called glaciers, so this is not the best place to go looking for the remains of large terrestrial tetrapods from the Mesozoic.

But it made the front page! Even if we’re going to get condescending grins from Alberta and Montana and Utah.