And now I want to go back. It was a deeper journey into the wilderness than I expected — we left my brother’s house in Hoquiam and headed north, and after leaving wifi behind, we were a little surprised to learn we were also abandoning all of our cell phone carriers as well. We’ve been almost completely out of touch with the rest of the universe most of this week. We’d occasionally find a small trading post with slow, flakey wireless, and we’d fire off short Shackletonian missives to friends and family letting them know we still existed.

We also had slightly peculiar weather. It was lovely — fog and mist rolling in and softening the view everywhere. 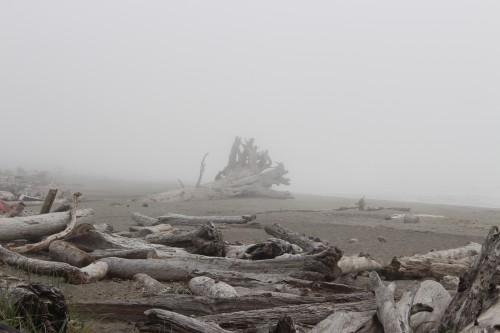 It would periodically burn off, and the sun would shine in. And then it would mist up again. 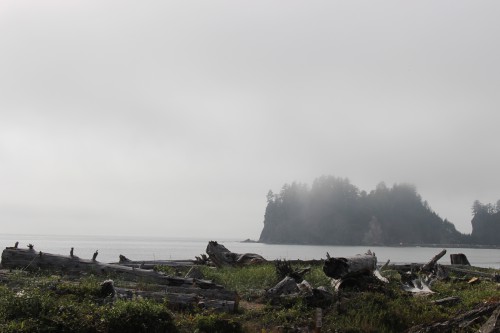 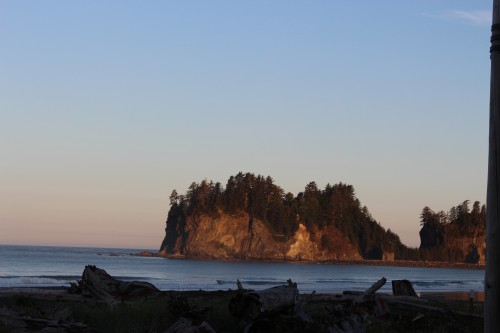 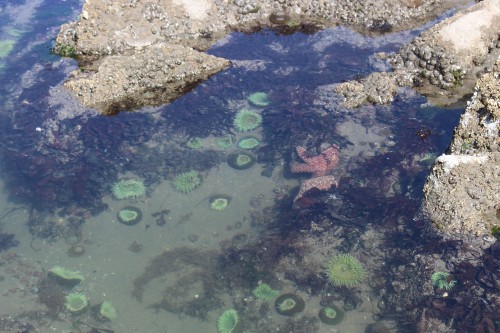 We didn’t ignore the rainforest. We spent some time up the Hoh. 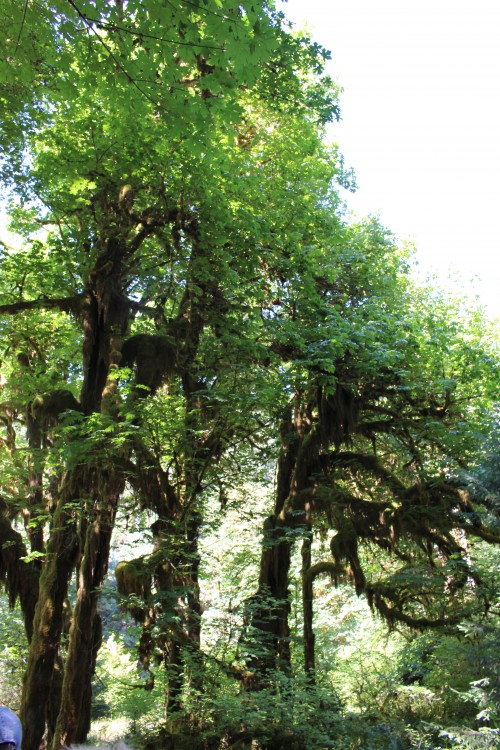 I spent a disgraceful amount of time just staring at waves. They’re amazing. They keep cycling in, over and over, but every wave is different. Wave-gazing. It’s a thing. I recommend it highly. 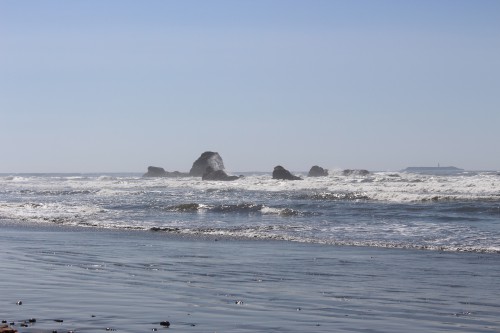 Also nice: after you stare at waves for a while, Raven will talk to you. 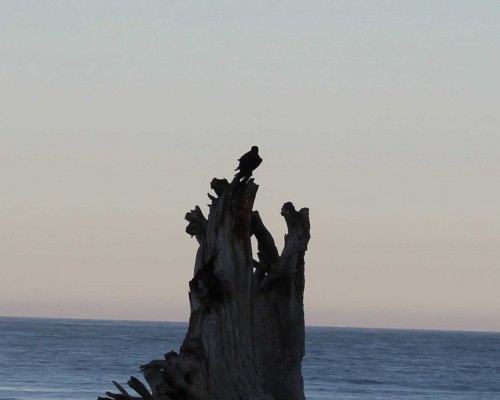 Unfortunately, all Raven does is laugh at you, so it’s mainly good for humility.

Friday Cephalopod: When in Seattle… » « I have reached the ocean