This is a cartoon from a fundie book written by Tim LaHaye in 1982. It is clearly a work of prophecy. 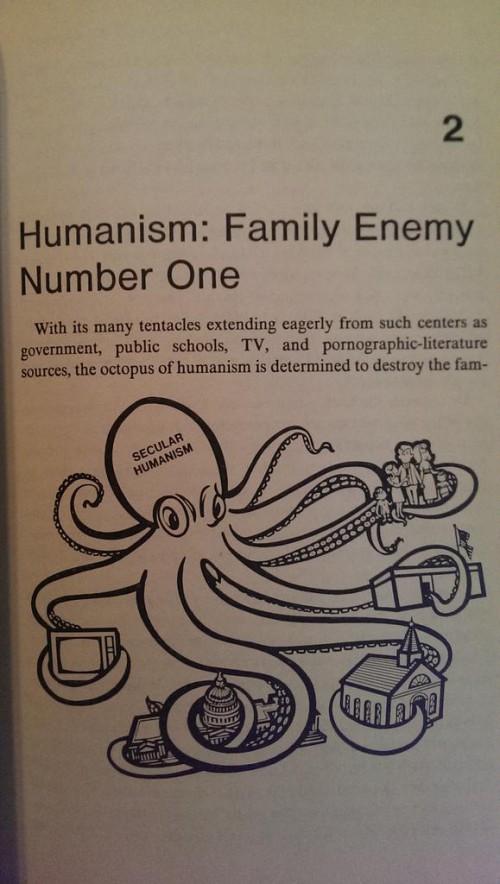 But do people still have such a bizarre and hateful opinion of humanism today? They sure do.

Watch this fellow declare that humanism is demonic, a nest of wanton debauchery, etc., etc. But especially watch Andrew Copson of the British Humanist Association reply — how can anyone compare these two views and not decide that humanism is a better way of living and thinking?

Ipsa scientia potestas est » « I entered a free contest! You should too!