There is a proposal in Vermont to adopt the Latin motto, Stella quarta decima fulgeat. I wish this were a joke, but some of the citizens of the state had a remarkable reaction. 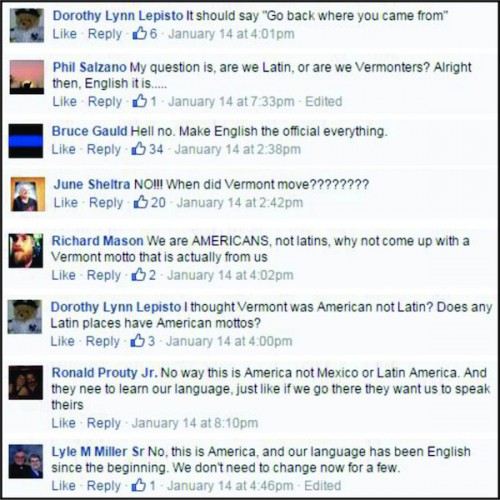 There’s more in that vein. This is the core of the Republican party.

Along those lines, one of the commenters thought this was a wicked trap by some Democratic trickster:

Cleverly constructed trap my friends. Whoever wrote this post is looking at a bright future as a PR rep for the DNC.

How dare someone catch them out in their ignorance! Only a stinkin’ elitist Democrat would know about this obscure Latin language.

[Thunderdome] » « Humanism is a giant cephalopod!