Another item for your personal Ray Comfort trophy collection via the Religion Is A Joke Facebook page. [Updated: or even better, via fredericksparks] 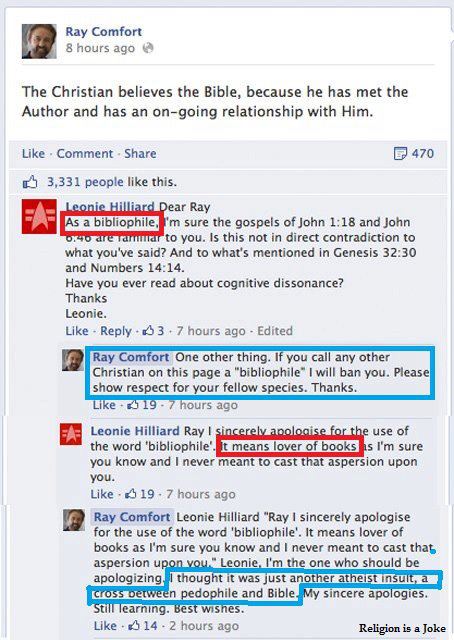 A way to strike against denial of abortion rights in Kentucky » « Clenched fist salute for the progressive cause of equality! No compromise!