The Terrible, Egregious Racists and Fascists (TERFs) prove once again how willing they are to live down to their name, that they are willing to serve and reinforce the patriarchy that their mouths frothingly claim to oppose.

Krystal Jackson was a school teacher in Fresno, California until recently after being arrested for raping a male junior high school student.  TERFs are using Jackson’s arrest to incite hate against Transgender women.

But there’s one slight, teeny-tiny, eentsy-weentsy, itty-bitty flaw in their argument: 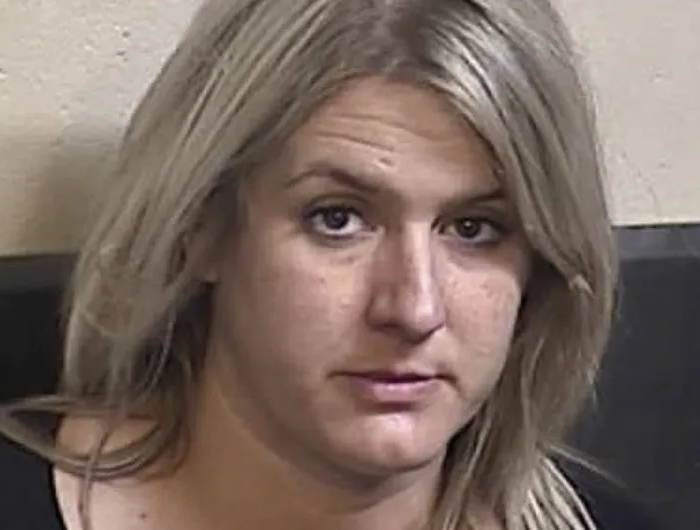 Jackson is a cisgender heterosexual binary woman (or “biological woman” as gender hypocritical TERF trash call themselves).  Jackson is an XX person with breasts and a vagina that devoloped in the womb, not through surgery.

The TERFs have passed judgement and ruled that Jackson “isn’t a woman, it’s a man with a penis!” because Jackson fails to meet the TERF standards of femininity and physical appearance.

Anti-transgender activists on Twitter are now saying that a woman who committed a sex crime is transgender because, they argue, the alleged molester’s mugshot doesn’t look like a cis woman.

Krystal Jackson, 39, is a teacher in the Kings Canyon Unified School District in California who was arrested this past Friday, accused of sexually assaulting a 14-year-old boy three times. She is facing four counts of rape, as well as several other charges connected to the alleged sexual abuse of the minor.

Local reporting has not said that Jackson is transgender or given anyone any reason to believe that she is. And a woman who claims to have grown up in the same town as Jackson said that she is “a cis hetero woman.”

But that’s not stopping anti-transgender activists from insisting that Jackson is transgender. The activists are commonly referred to as TERFs – transgender exclusionary radical feminists. They do not share the same ideology as most of the rest of the feminist movement and work with the religious right to oppose transgender civil rights.

“Does this mean HE gets to be placed in women’s prison??” wrote a Twitter user who goes by “Mel,” referring to Jackson with “he” and apparently arguing under the assumption that Jackson is transgender and should not be housed in a women’s prison. “Yeah, but Self ID is SUCH a grand idea.”

If not for the crime involved, this story would make for hilarious reading, especially while watching TERFs fall all over themselves.  First as they rabidly attack Jackson and spew insults at Transgender people, then as they beat a hasty retreat and try to scrub their facebook and twitter pages after Jackson’s genetics were revealed.  They want to pretend that they never said things that they did and were screencaptured.  And, of course, there are also the most rabid of all, those who still claim “Jackson is a man!” even after the majority of their ilk have run away from the story.