Anonymous artist Banksy has created a nativitiy scene: The Scar Of Bethlehem.  Some might accuse him of copying some US churches and their nativity scenes, but I think he’s gone one better by including a wall, and by placing it in a Bethlehem hotel.

Talk about a poke in the eye, right where it belongs. 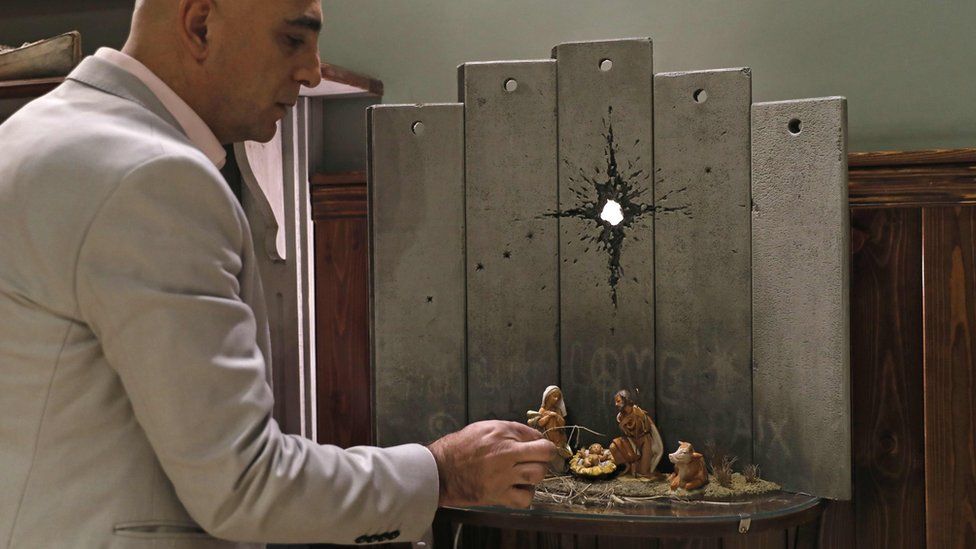 A manger scene by British artist Banksy has appeared at a hotel in Bethlehem in the West Bank.

Dubbed the “Scar of Bethlehem”, the work shows Jesus’s manger by Israel’s separation barrier, which appears to have been pierced by a blast, creating the shape of a star.

On Instagram, the artist said the work was a “modified Nativity”.

Israel says the barrier is needed to prevent terror attacks. Palestinians say it is a device to grab land.

The International Court of Justice has called it illegal.