Anyone interested in reading a fairly rough draft of my complete new novel The Septagram, have at it.  There aren’t an egregious number of typos and such, just writing that will surely need a lot of care in subsequent drafts.  I have a problem not giving character’s distinctive enough voices.  Not all the time, not every character, but I think it happened here. 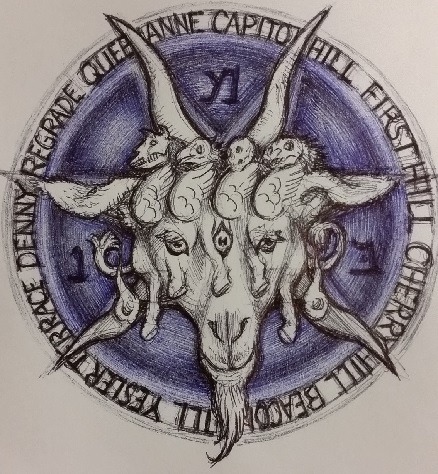 It’s a little shorter than a Dean Koontz novel.  This was an attempt to make a horror-themed supernatural adventure story in a style like Hideyuki Kikuchi, who wrote Vampire Hunter D and Wicked City – so take from that what you will.  The content warnings are at the link.  I wasn’t as scrupulous in my anti-ableist language stance as usual, so bear that in mind as well.  Bon appetit!