With the soul-numbing horror in Brasil, it’s hard to give a shit about anything except The Resistance right now. Nonetheless…

Another 6 days. I’m not going to put a proper visual caption on these. They’re OK for a bit of visual distraction if you can see, but they just aren’t worth the effort to describe. It’s so much digital ephemera. For this (my first) Inktober, I’m combining the Monsters & Mythology prompts plus the Official Prompts.

Going with the spirit of Inktober I didn’t allow myself much digital work. For example, I allowed myself no additional strokes or distortion / warping. I don’t have every color in the universe, pen-wise, so I did allow myself subtle use of adjusting contrast, hue, saturation, brightness.

You can still tell I did the under-drawing for all of these with a yellow sharpie, so I couldn’t erase it. I think that kinda stuff looks fun in a drawing but I know some people hate it, so sorry about that. In some instances I color-replaced it. Proceeding thus, 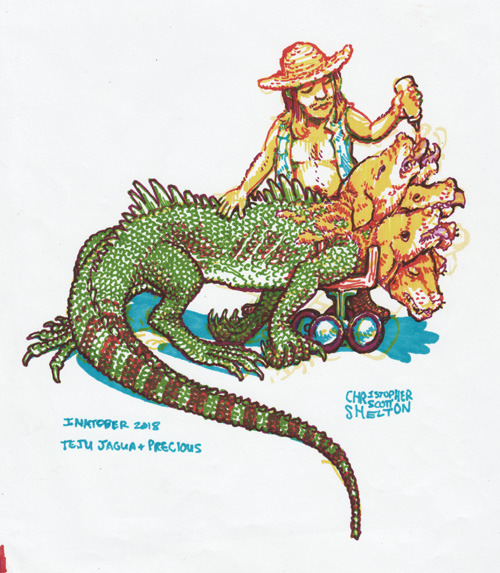 This is “Teju Jagua” + “Precious.” There’s more than one explanation you can infer from this, any will do. 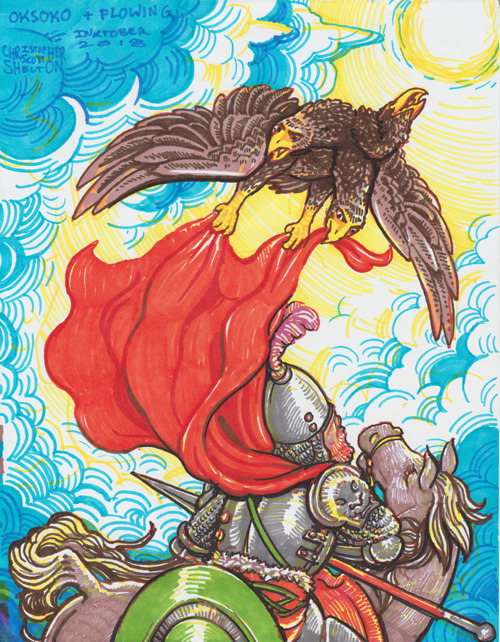 This is “Oksoko” + “Flowing.” Sometimes an oksoko could be friends with a bogatyr, sometimes enemies. I think this one is a frenemy. 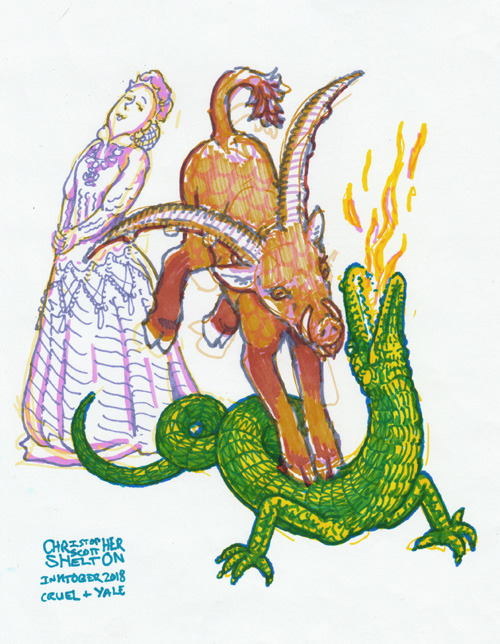 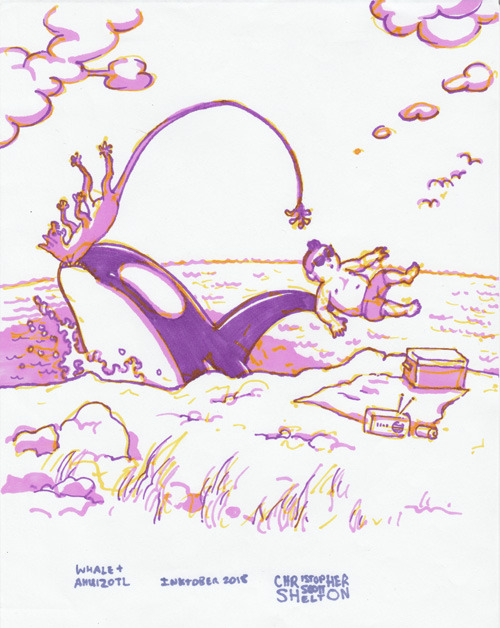 This is “Ahuizotl” + “Whale.” Is this whale doing un hermano a solid, or is it just hungry for sweet ahuizotl meat? 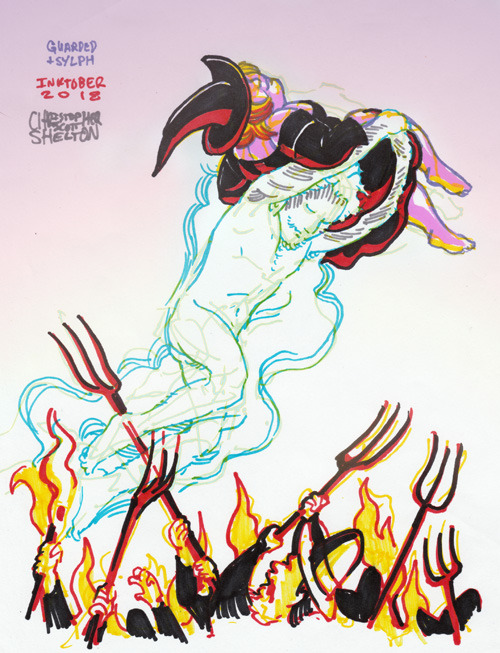 This is “Sylph” + “Guarded.” Paracelsus envisioned his elemental spirits as big and rough-hewn, though since they’ve usually been femme and dainty. I went his way on this one. 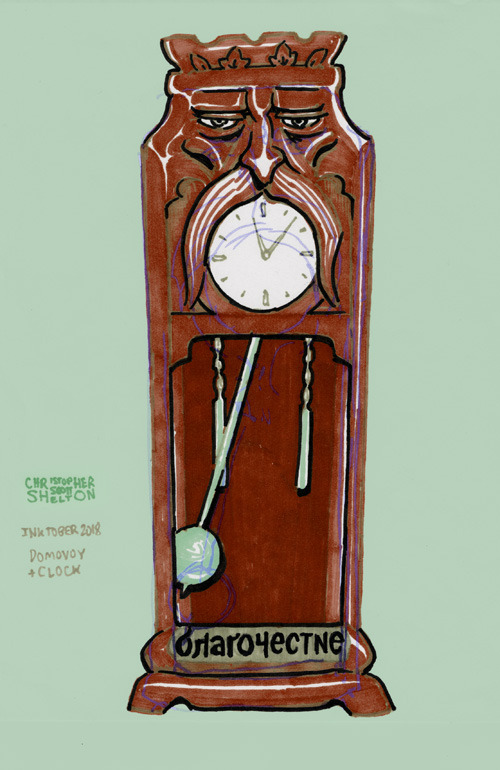 This is “Domovoy” + “Clock.” Of this batch, this might be my favorite. I am partway through all of the rest of Inktober, kind of working them up at the same time. I won’t have them up by the end of the 31st, but I will have them up soon.

Open for Commissions » « Perspective and Nazis