(I must say I was disgusted to go to Google News for earthquake news and find at the top of the page headlines about ten dead on Everest rather than the hundreds dead in Nepal. A little too katiehopkinsesque, that.)

CNN has accounts from people in Kathmandu.

“Some of the historical sites are completely devastated.

“They’re out with their pets and their families and a lot of locals are volunteering in rescue operations.

“In several parts of Kathmandu, a lot of people seem trapped under the rubble. Locals are trying to rescue these people because they can still hear them.”

“I see many cracked buildings and people are panicked and all running down to the streets.

“The main landmark in Kathmandu is a spire, Dharahara, and it has fallen down, it is about 140 feet high in the center city.

“Another aftershock is hitting now, it is really strong.

“Airplanes are circling now overhead and helicopters are flying and not clear if the airport is open. We hear it is damaged.”

And a pair of startling, tragic before and after photos via Siobhan Heanue on Twitter:

Siobhan Heanue ‏@siobhanheanue
I took these photos an hour apart. Was wandering when quake demolished temples before my eyes. Heartbreaking. 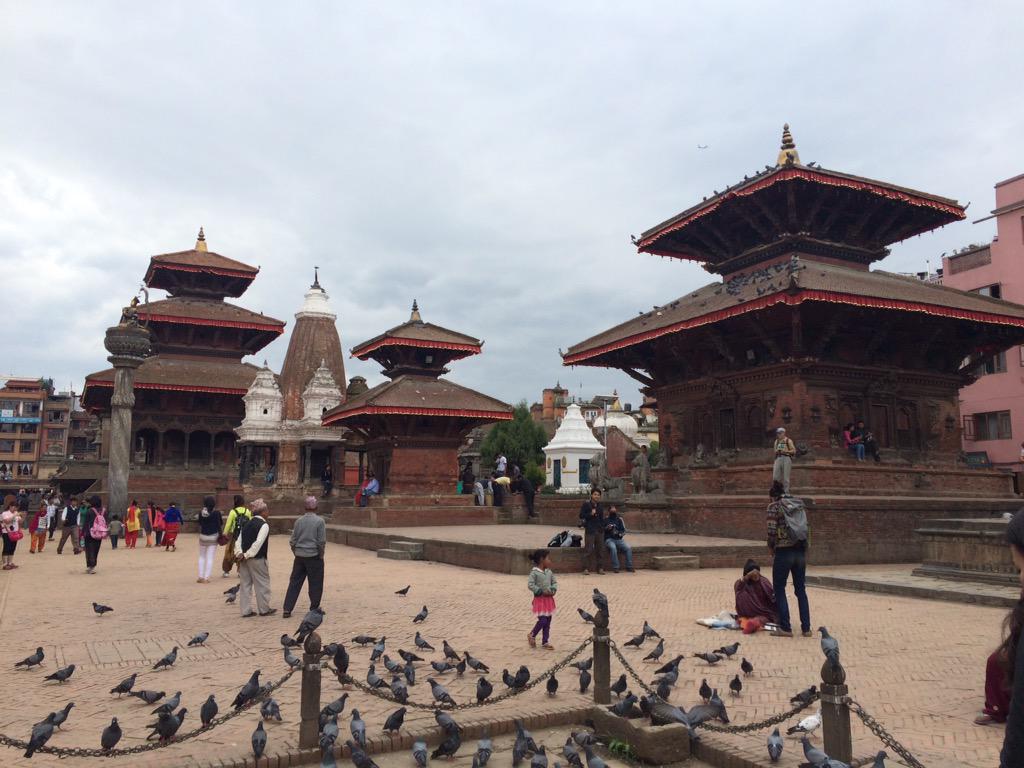 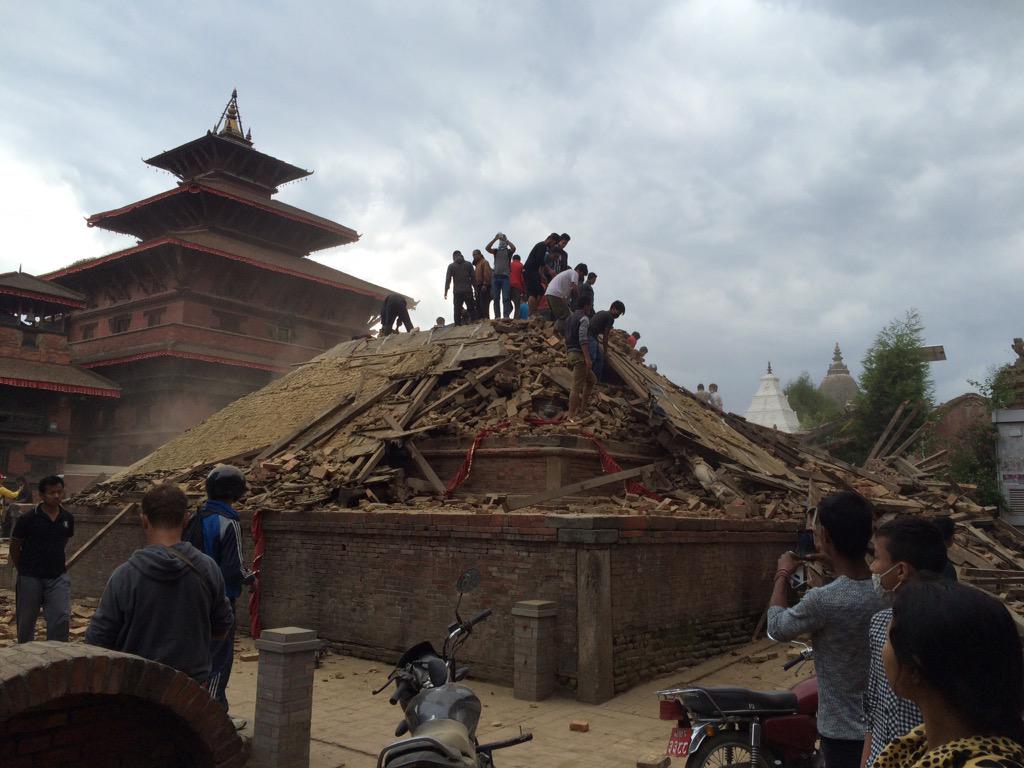 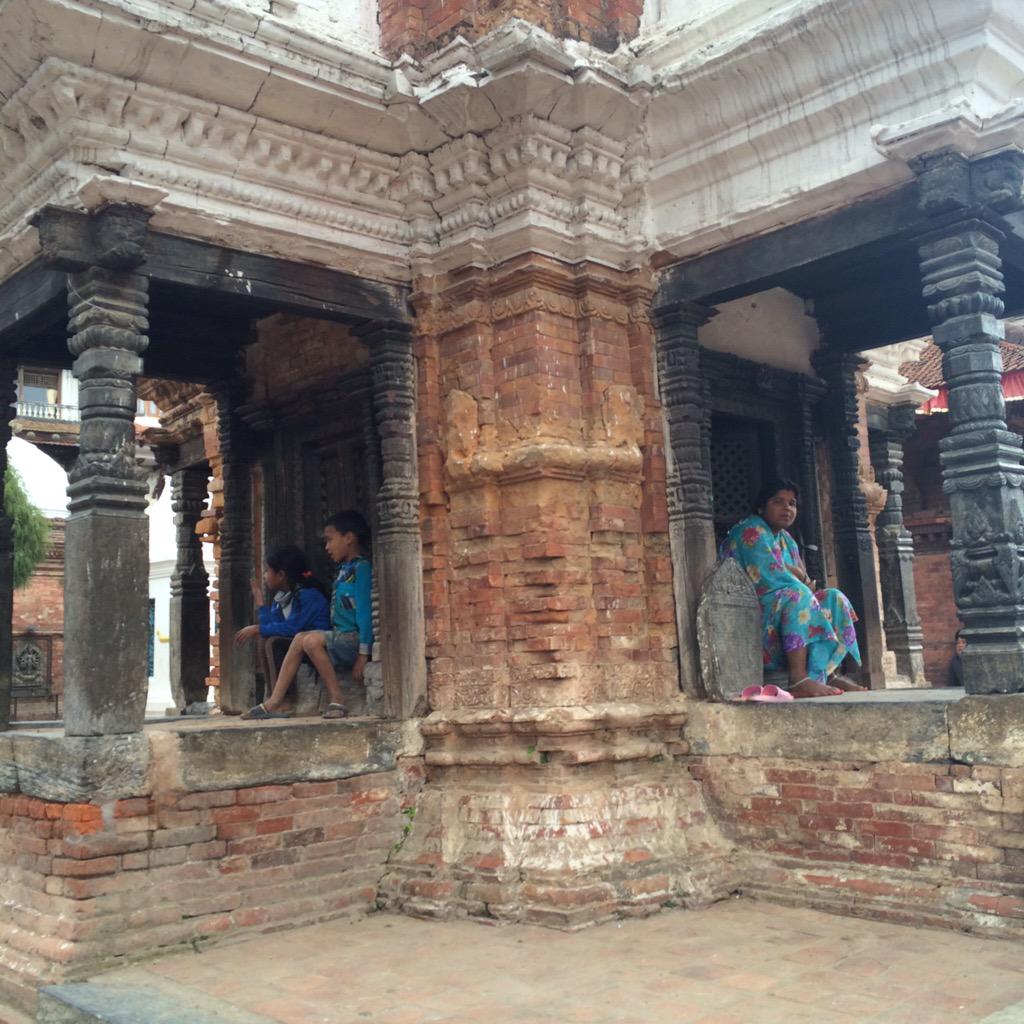 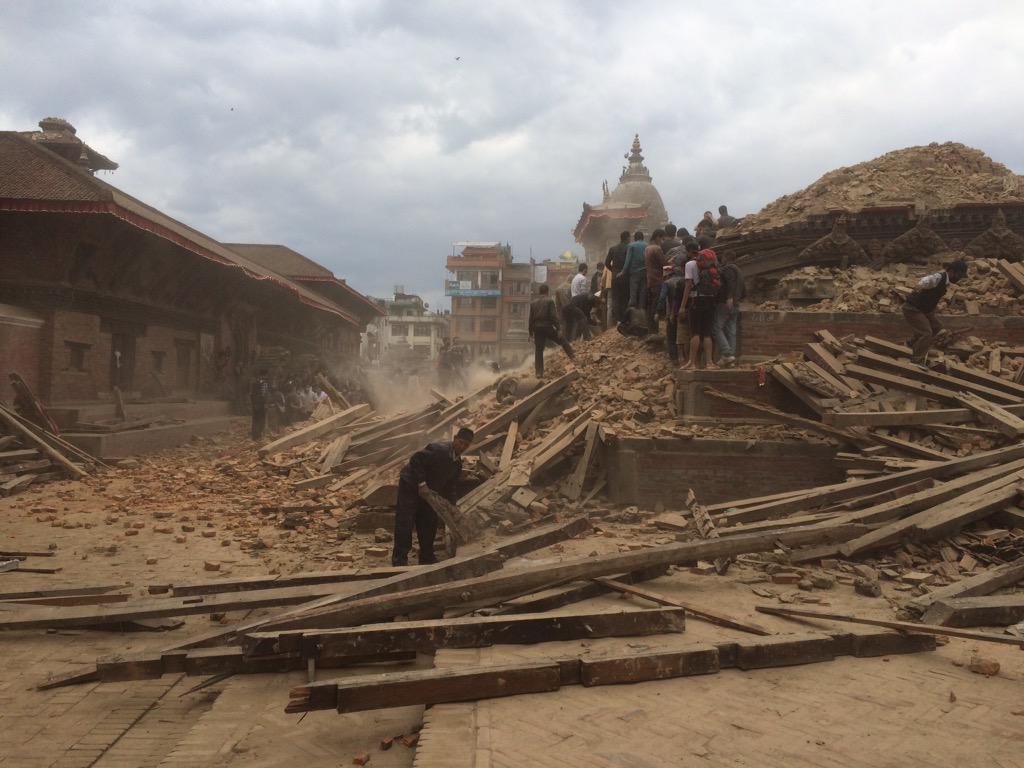 She reports there are crumbled temples all over the central area of Kathmandu.