There’s further mainstream media coverage of #GamerGate, while Christina Hoff Sommers continues to tweet in support of the brave rebels.

#Gamergate is not about misogyny.It’s a consumer rebellion against media bullies & shallow ideologies. & these r consumers who
like to win.

If you missed this Spike article, pease read it now! #Gamergate http://www.spiked-online.com/newsite/article/gamergate-an-un-pc-rebellion/16029#.VEPxAoq9KK0 …

Gamers are one of the most diverse & welcoming groups I have ever known.But in the face of unfair attacks,they react. http://www.twitlonger.com/show/n_1sd5gl1

Wrong.There are different kinds of giants.The video game community is gentle giant that uses polemics for weapons. Not howitzers. @MiahSaint

Here’s the GamerGate Manifesto (yes, there is one) and a translation of it by somewhat_brave on Reddit 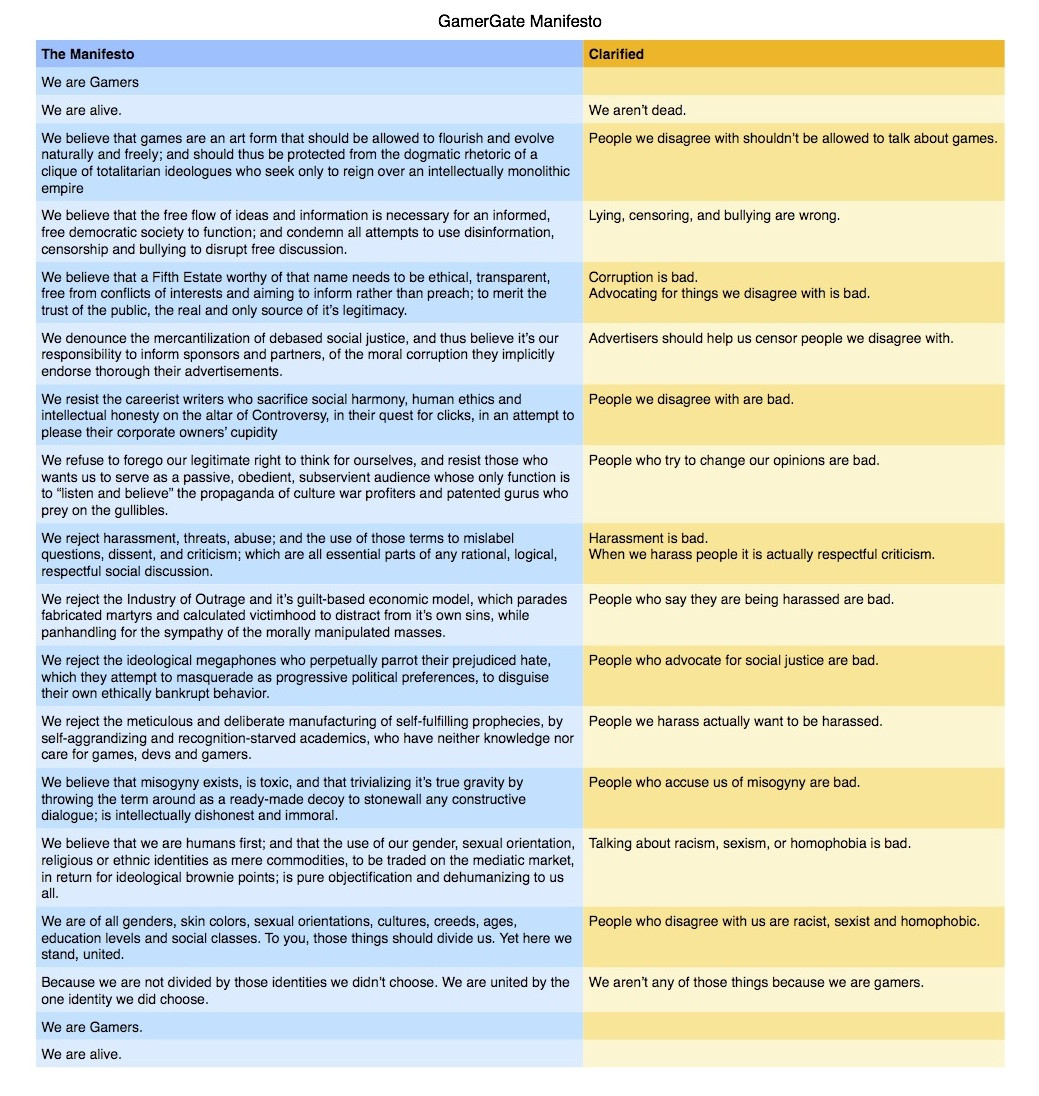 Do you notice how very, very familiar it all is? How exactly it resembles what we’ve been seeing ad nauseam for the past 3.5 years?

Also helped fuel the haters » « Whimsy at the University of Sydney