Jesus and Mo are also discussing the C of E vote to say no women bishops. Jesus is quite frank about it. 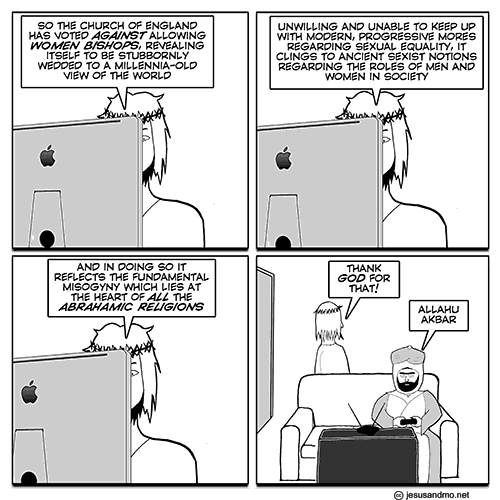 The new book makes a great Xmas present. It gots a foreword by Dawkins.

For theological reasons » « As set forth