The UC Davis police chief has been placed on leave after the pepper spraying of students on Friday. 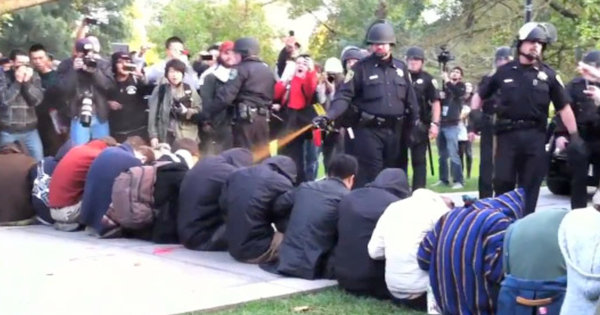 On Sunday, the university said that two police officers had been placed on administrative leave with pay pending an investigation into Friday’s incident. In videos that were widely distributed over the Internet, two police officers in riot gear were seen dousing about a dozen protesters with pepper spray as they sat on a sidewalk with their arms entwined.

Another foundation » « Having to promise