Going off to college is an exciting time. For many students, it’s the first time in their life that they’ll be far away from friends and family. That independence is awesome, but it also means you’re trying to awkwardly adapt to your new home, make new friends, and fit in. Universities often try to make this process as painless as possible, but my alma mater Purdue University missed the ball when they sent this email to incoming students (emphasis mine):

You are about to become a Boilermaker – Congratulations!  This is an incredible place, not only to continue your education, but to experience all that the university has to offer through the plethora of student organizations.  We want to encourage you to think about growing in your spiritual life as well.  There are around 40 different religious student groups that offer places for worship, prayer, study, conversation, and fellowship, as well as opportunities to put faith into action through service opportunities, mission trips, and faith-based initiatives.

Please go to our website: www.campusfaith.info where you will find links to student ministries and organizations that are non-denominational, Catholic, Protestant, Orthodox, Jewish, Muslim, ecumenical, etc.  You’ll also have opportunities to meet several faith groups during Boiler Gold Rush.  Groups will be at:

Anna Biela, current President of the Society of Non-Theists at Purdue (the group I founded!) perfectly sums up why this email is inappropriate:

The Society of Non-Theists finds it highly inappropriate for a public university to endorse religion in such a way. We feel that incoming freshmen should not be pressured into joining a religious institution, especially not by the university itself. Rhetoric of this variety is alienating to non-religious students and can make them feel like outsiders before they even set foot on this campus.

And this has made at least one non-religious student feel like an outsider. The student who brought this email to my attention wishes to remain anonymous (I can’t imagine why in Indiana), but had this to say about how the email made them feel:

I was taken aback that this was one of the few emails chosen to be sent to all incoming students. Why not “Welcome from *all* student organizations”? The choice to send this email presumes that all incoming students are interested in spiritual growth; worse still, it tacitly implies that spiritual growth corresponds solely to organized religion. Overall, the email gave me the distinct impression that Purdue will not be a welcoming community for a student more likely to worship Carl Sagan than any deity.

That’s why this email is such a perfect example of religious privilege. It automatically assumed that spirituality is 1. Something everyone is interested in 2. Important and good 3. Worth promoting over other things. You don’t see the Dean of Students sending out emails to incoming freshmen on behalf of the Purdue Progressive Coalition. At the very least they could have been more inclusive by including an option for the non-religious students, or sending out an email for clubs in general and listing major themes (Academics, Activism, Religion, etc). But positively promoting religious groups alone is a type of endorsement that is inappropriate for a public university like Purdue.

I know some of you are probably thinking “Who cares? Who is this really hurting? Suck it up!” But I can tell you first hand how awful it feel to be a religious outsider, especially at Purdue. 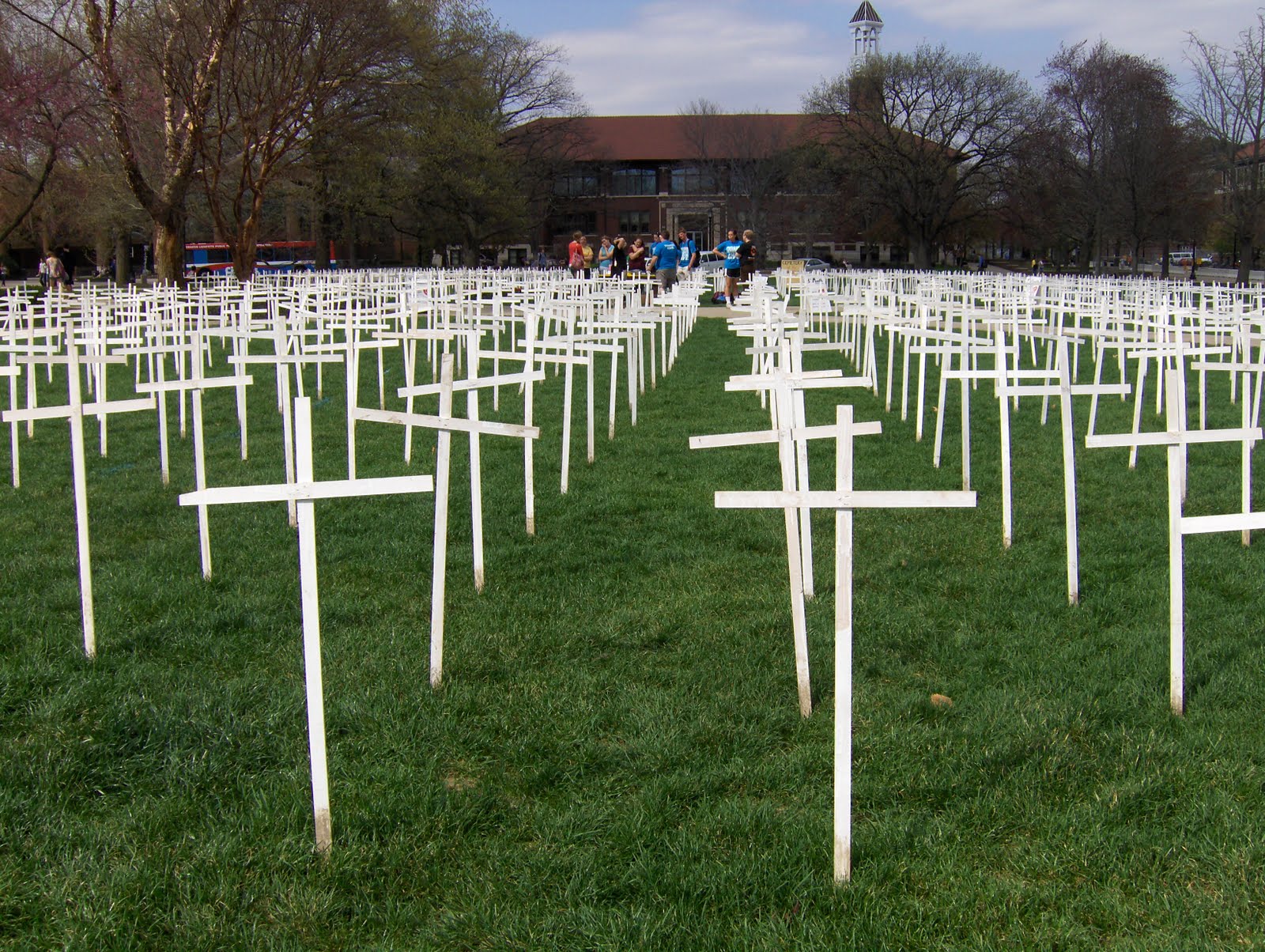 Annual pro-life demonstration at Purdue, because all aborted fetsuses are Christian

When I came there, I felt like the only non-Christian on campus. I was constantly getting religious advertisements from groups in my mailbox. People were always asking me where I went to church, and some literally would stop talking to me and briskly walk away when they found out I was an atheist. Campus preachers were common. Students from Christian groups spot lonely freshmen in the dorm common rooms and offer up friendship if you’d just come to their Bible study. They prey on the desperation of lonely homesick students to convert them (which unfortunately happened to a good friend of mine). 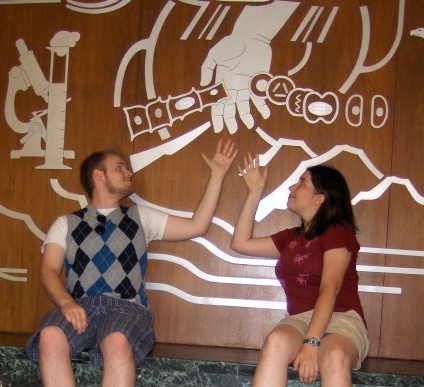 I co-founded the Society of Non-Theists to combat this notion that everyone on campus was religious, and to provide a safe place for students who were not. We’d get people screaming at our tables saying we’re going to hell. As President, I received hate mail. At graduation, I was treated to a choir repeatedly singing “Amen.” The one time we tried to use a public display case, it was vandalized. 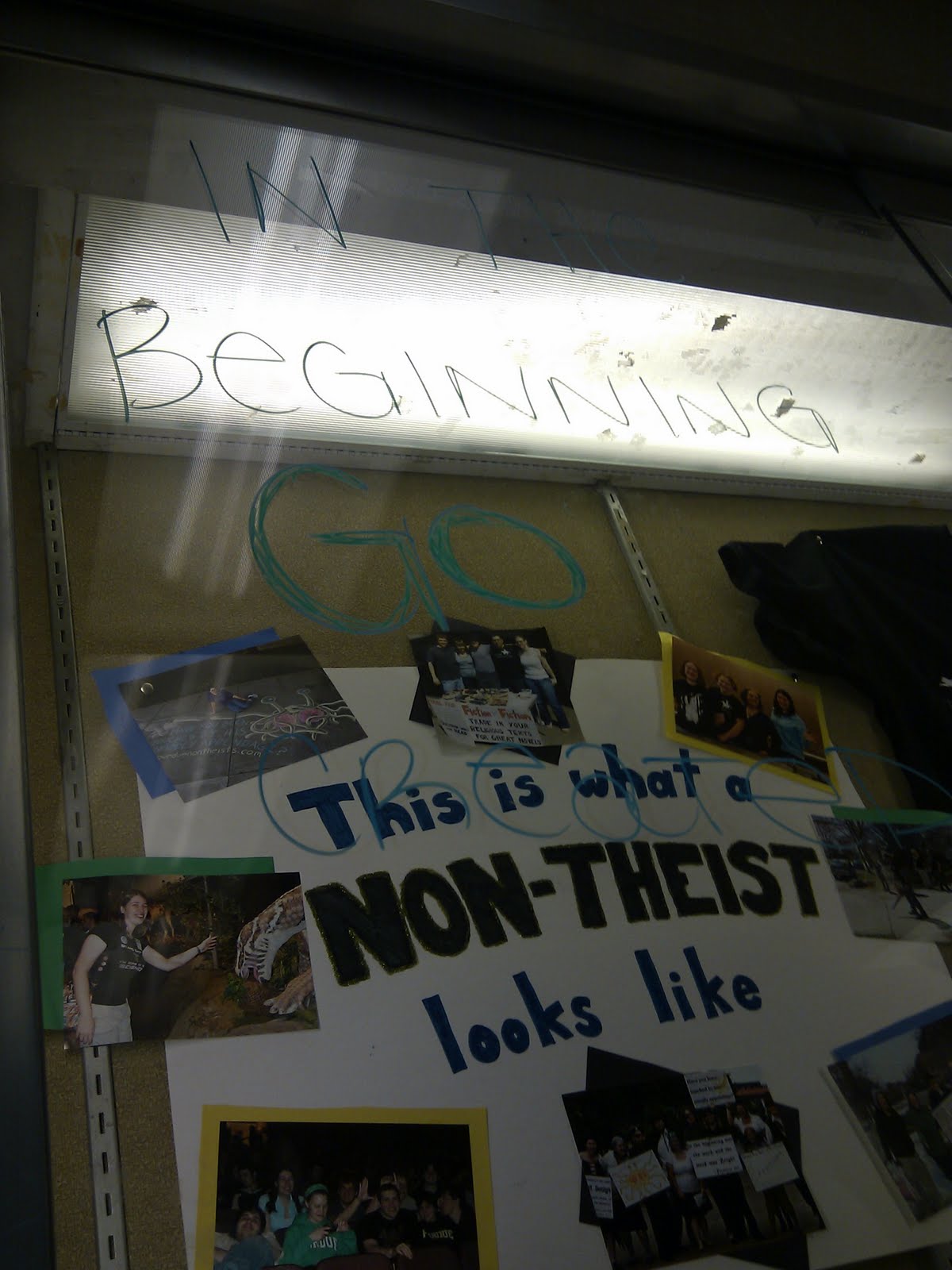 By sending that email, Purdue has effectively labeled non-theistic students as “others” in an environment where they would already be ostracized.

Anna tells me the Society of Non-Theists will be meeting with the Dean of Students on Monday to address these issues and discuss making campus more inclusive in the future. I’m optimistic since the Purdue administration has always been fair to our group in the past, and I don’t think this email was sent out of malice toward non-religious students. But I do think they were unaware of the religious privilege they were promoting, so it’s good someone is pointing it out.

MRAs, Christianity, and Ancient Aliens » « So you were just called a bigot