Why am I directing my ire at the Burzynski clinic? Any one of these reasons would be enough, but let’s go through the list, shall we?

1. Pseudoscience. The Burzynski clinic claims to be able to cure cancer with “antineoplaston therapy.” What’s that? Mainly a load of bunk (emphasis mine):

Antineoplastons are taken either as a tablet or as an injection into the bloodstream.

There have been a number of phase 1 and 2 trials in different types of cancer. These early phase trials test what dose of treatment people should have, how safe the treatment is, and how well it works. Early trials only give the treatment to small numbers of people. Although Dr Burzynski’s own clinic have reported positive results for these trials, no other researchers have been able to show that this type of treatment helps to treat cancer. Other researchers have criticised the way the Burzynski Clinic trials have been carried out. Despite researching this type of treatment for over 35 years, no phase 3 trials have been carried out or reported. A randomised clinical trial is the only way to properly test whether any new drug or therapy works.

Are we clear? There’s no evidence that “antineoplaston therapy” cures cancer, despite decades of research. Moving on.

2. Unethical behavior. Despite this lack of evidence, the Burzynski clinic will happily give you their “treatment.” The newest example of this despicable behavior is with four-year old Billie Bainbridge, who has an inoperable brain tumor. 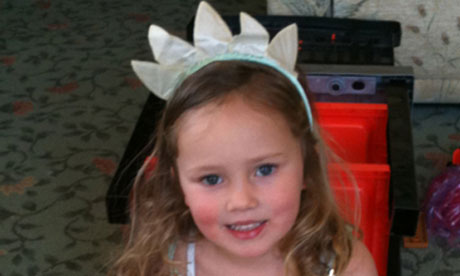 The Burzynski clinic is happy to “treat” her – for $200,000. Which was donated by random people and even some celebrities (including the bands Gorillaz and Radiohead), who had no idea that there’s no evidence that this treatment works. Exploiting sick children for your own profit is the lowest of low.

Quackometer puts it best on why this false hope is so terrible:

False hope takes away opportunities for families to be together and to prepare for the future, no matter how desperately sad that is. It may make the lives of those treated more unpleasant and scary. (Antineoplaston therapy is not without dangerous side-effects). It exploits the goodwill of others and enriches those that are either deluded, misguided or fraudulent. It may leave a tragedy-struck family in financial ruin afterwards. Giving false hope may be more about appeasing the guilt and helplessness of ourselves rather than an act of kindness to the sick.

3. Bullying. If you can’t back up your claims with scientific evidence, it seems like the next step is propaganda and bullying. Burzynski claims he’s some of “brave maverick doctor” who’s being persecuted by the scientific community. There’s a whole propaganda documentary supporting his clinic.

But now the clinic has turned to bullying bloggers who dare question the efficacy of his treatment. Marc Stephens, who represents the Burzynski clinic, has been sending deranged pseudo-legal rants to these bloggers, threatening to sue for libel. Andy Lewis of Quackometer had his family threatened:

“Be smart and considerate for your family and new child, and shut the article down..Immediately.”

If that wasn’t enough, Marc has aggressively gone after 17-year-old blogger Rhys Morgan, including a screen capture of a Google Maps satellite view of Rhys’s house in order to intimidate him.

If Burzynski really is a visionary, his research should speak for itself. Bullying and silencing is not how science is done, despite how highly you think of your ideas. The Texas State Medical Board is holding a hearing next April to revoke his medical license – not because he’s a rebel – but because he’s unethically exploiting sick people with his pseudoscience.

If you want to learn even more about “antineoplaston therapy” and Burzynski’s history, Dr. David Gorski has an excellent and lengthy summary over at Science Based Medicine. And if you want to show these bullies that silencing tactics do not work, spread the word far and wide. Let’s teach them about this little thing called the “Streisand Effect.”