This is an article I wrote in 2015 about a video game.  My commenters had some insightful responses, so a few of their insights are now incorporated.

In my apartment, free time has recently become dominated by Xenoblade Chronicles X, epic Japanese RPG. The premise is explained in this video:

Xenoblade Chronicles X offers an interesting case study of ethnicity in Japanese video games, because unlike other games which take place in fantasy worlds, this one takes place in our world (although a different planet). What’s more, it takes place in a future version of Los Angeles. Los Angeles, of course, is very ethnically diverse, so by looking at the cast we can see a Japanese interpretation of ethnic diversity. 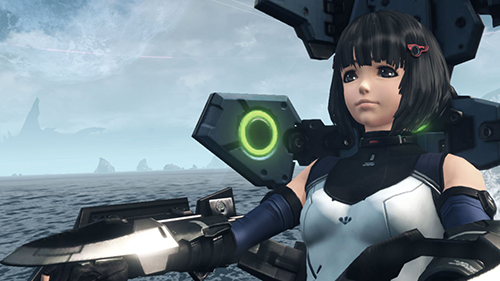 The first character whose ethnicity really raised my eyebrows was Lin Lee Koo. She looks East Asian, doesn’t she? Now isn’t that odd?

An examination of the name reveals the reason. Lin Lee Koo is not a Japanese name, it is a Chinese or Korean name! The reason Lin Lee is marked as Asian is because she is not Japanese. She represents the Japanese view of what Chinese/Koreans look like. 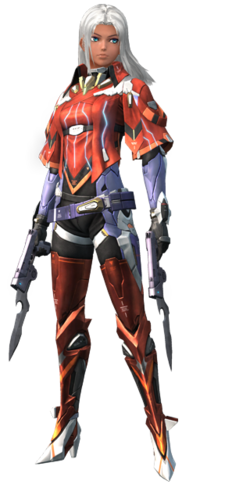 The ethnicity of Elma is hard to place. Her skin is in the midtones, and her hair is white and straight despite her being only 29. Her name gives no clues. This may surprise you, but I think she is Japanese. She is allowed to have many unique physical characteristics precisely because she is part of the “default” ethnicity. If you gave so many unique characteristics to a character of minority ethnicity, no one would be able to recognize them as such.

It’s very common for Japanese characters to be portrayed with many different hair colors, often corresponding to the character’s personality. According to TVTropes, “white hair tends to indicate dignity and skill (or simply obvious age)”. This indeed matches Elma’s character.

(A reader pointed out that Elma also fits into the Dark-skinned Blond trope.) 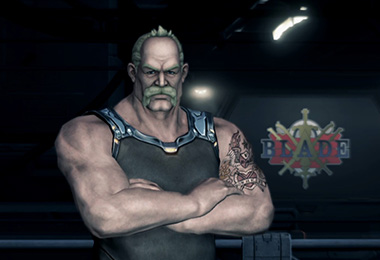 Jack Vandham is big, blonde, and mustachioed. I would describe his personality as hammy. He is an embodiment of a Japanese stereotype of Americans.

In the cutscene where Vandham is introduced, he uses the expression “stick in the rear”. Elma comments that she doesn’t understand many of his expressions, but thinks it wise not to ask about that one. So part of his personality is the use of strange Americanisms. Although the Vandham’s expressions don’t seem strange to me at all. I guess they got us Americans down! 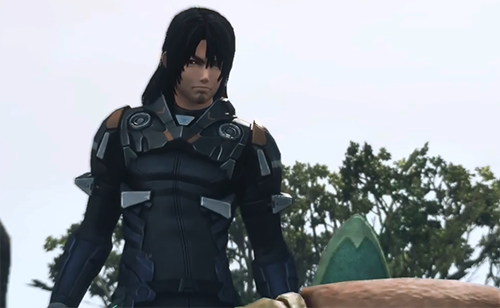 Just like Lin Lee, Lao reads as East Asian. His name suggests Chinese. So this is another case of non-Japanese Asian groups being marked.

The above characters were all fairly obvious, but the rest of this list is more speculative. 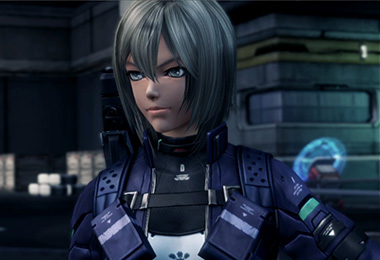 Irina just reads as white to me, and her main distinguishing feature is a permanent glare. But her name marks her as Russian. In the US, we often see Russians as a subgroup of White, sort of like Irish or French, but in Japan I’m not so sure. This leaves me wondering if she’s a Japanese stereotype of Russians. She does look a bit like Kaori Kawamura, who is a pop singer who popped up when I searched for Russian Japanese people. 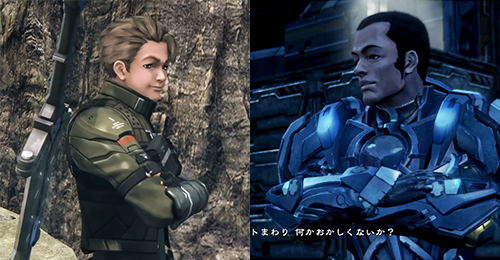 Gwin on left, Doug on right

Here are two characters I’m not sure about. They look white, and their names seem white, but they’re not obvious stereotypes. But they also have a few Japanese facial features leaving me to wonder if people in Japan actually read them as Japanese. Or maybe they’re just read as “default”, meaning that Japanese audiences just don’t think about their ethnicities too much.

I noticed that all the major white (excluding Russian) characters are men. Does this perhaps reflect what Japanese see in western media? I would be interested to see what a Japanese stereotype of an American woman is like.

(Based on reader input, I’m convinced that Gwin and Doug are probably Japanese, or else they would have clear ethnic markers.) 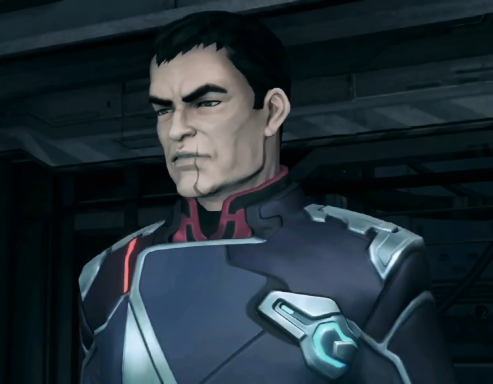 Secretary Nagi’s appearance and name both mark him as Asian, and Japanese in particular. This would seem to contradict my earlier claim that Japanese games often portray Japanese characters as unmarked. Why are some Japanese characters legible as Japanese to Western audiences, and others aren’t?

(A reader thought that Nagi looks more Japanese to us because he’s a more serious character than the others.  For whatever reason, serious characters are often depicted with narrower eyes.)

There are many many more characters, but this sums up the major human characters (excluding the customizable player avatar, the blue demon alien, and the talking potato). Now, what do you see missing?

Yep, there aren’t any major Latin@ or Black characters! This is particularly odd since it’s supposed to be LA, where Latin@s make up about half the population. My research suggested that Japanese tend to think more in terms of nationality rather than ethnicity, thus they might not devote much thought to distinct ethnic groups in LA. Instead, we have a multinational cast, mostly consisting of Japanese, white Americans, Chinese, and possibly Korean.  (A reader also notes that in Japan there is a lot of prejudice against Latin@ people, moreso than there is against Chinese or Koreans.)

This makes sense, since Chinese and Koreans are the largest ethnic minorities in Japan. Americans are a much smaller group, but we tend to be attention hogs, what with being a world power and having occupied Japan after WWII. Viewed through a Japanese lens, the most notable omissions are probably Filipin@s and Brazilians, who are the next biggest groups of immigrants. I suspect that Japanese culture doesn’t really share our ideas about having deliberately multicultural casts.

All images were borrowed from the Xenoblade Wiki.

Are atheist clubs dying? » « On equal opportunities and outcomes