I’m trying a monthly feature where I repost things from my archives.  This one is from 2015, and is very silly.  It’s also a great example of talking about asexuality without talking about it.  A preoccupation with modeling orientation is flamingly ace.

When it comes to models, simplicity is a value. The point of a model is not to tell you everything, but to isolate the information that you actually want to know. When people try to model human sexuality, they often undervalue simplicity, leading to such misguided attempts as the following:

Proponents of this model argue that they are making simplifications, and far too many. For instance, they already graciously ignore quantum gravity, under the assumption that black holes aren’t involved in most human relationships. But I say it still doesn’t go far enough. I propose a bolder simplification…

In my model, an ORIENTATION is a function that takes CIRCUMSTANCES to FEELINGS. 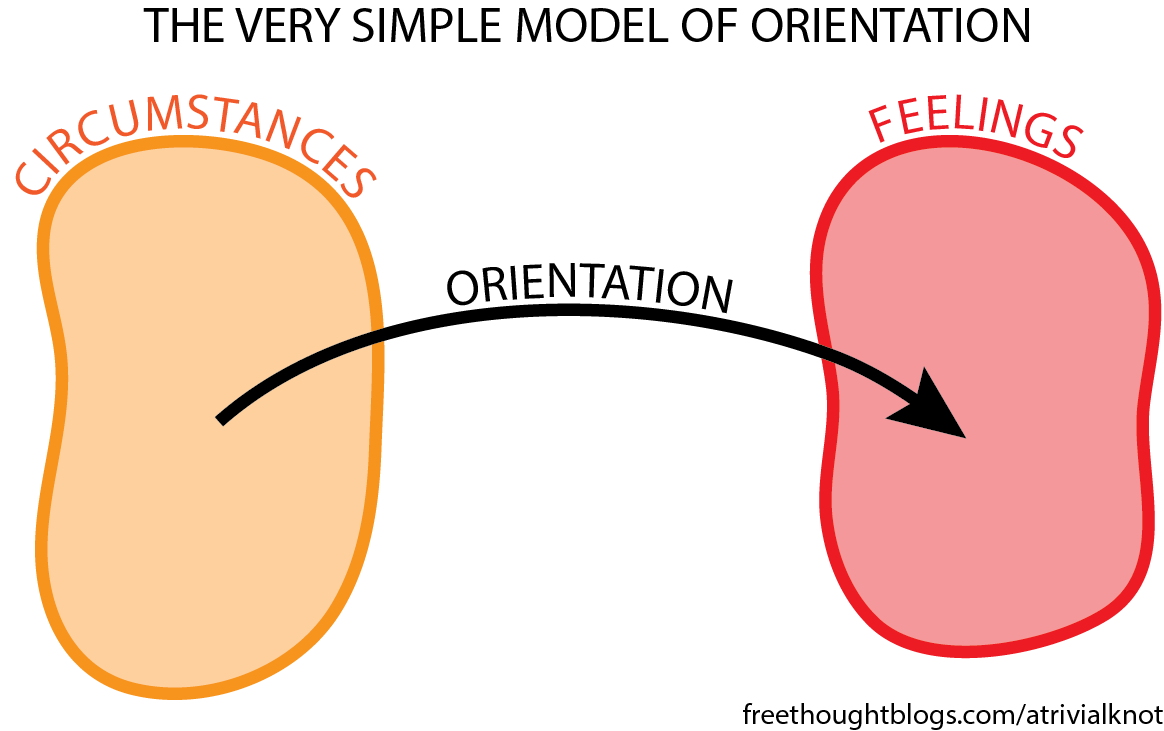 For those not mathematically inclined, that means a single orientation consists of a complete mapping from every circumstance to a feeling.  Each “feeling” can really be a mix of feelings, or it could even be the NULL feeling.

Yes, I know, this leaves many people out. For instance, if your orientation is “I don’t know,” “I identify this way because I wanna,” or “I am a wavefunction,” you may not fit anywhere. This model ignores EPISTEMOLOGY, IDENTITY, and QUANTUM PHYSICS. Not that quantum physics doesn’t provide important information, but remember that we need to simplify!

I’m sorry to leave out people who are turned on by the inevitable heat death of the universe. Yes, it is a valid orientation, but sadly not one included in this model.

The next simplification is to decompose FEELINGS into the Cartesian product of various FEELING COMPONENTS. That means you can take any combination of feeling components with different strengths, and together they make a feeling. We only consider those feeling components which are either directed at no one, or directed towards the same OTHER PERSON discussed in CIRCUMSTANCES. I may upset all the people who, whenever they walk on the beach with Angelina Jolie, fantasize about eating ice cream with Matt Damon,  but I think this model is worth the hate mail.

The full list of FEELING COMPONENTS is left unspecified. But to give an example, a commonly discussed component is SEXUAL ATTRACTION. Which might actually be a combination of other components, such as sugar, flour, baking soda, and almond milk. I wouldn’t know because I’m a physicist, not a chef. Other commonly discussed feeling components include BUTTERFLIES IN THE STOMACH, A LITTLE HOT UNDER THE COLLAR, and ELABORATE FANTASIES INVOLVING CAKE. 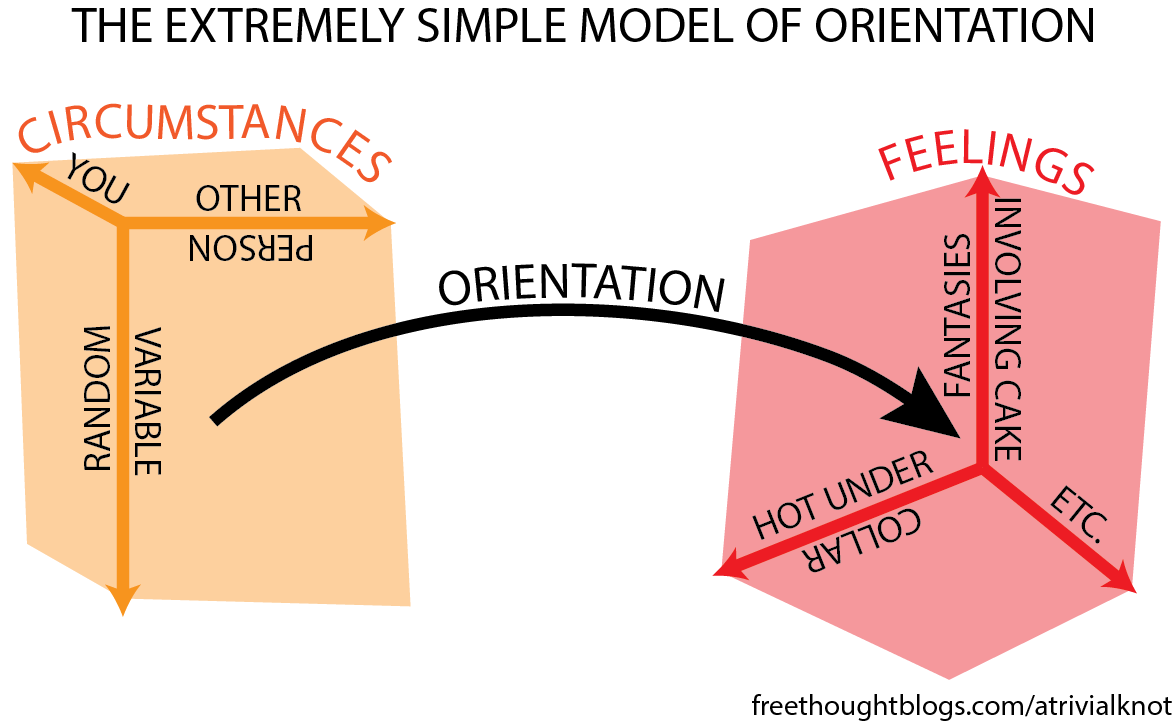 At this point, the model is so extremely simplified that it may be difficult to understand. I will illustrate with a couple example orientations that can be represented in single graphs. 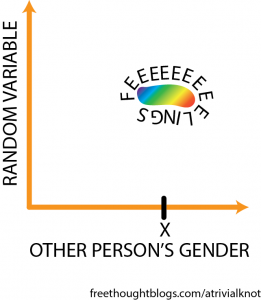 A typical “All the feelings towards gender X” orientation

Here, FEELINGS only depend on the GENDER of the other person, and a RANDOM VARIABLE. This plot shows that when another person is of gender X, you have a small probability of having ALL THE FEELING COMPONENTS towards them. Gender is a multi-dimensional space, but is here represented with one axis. 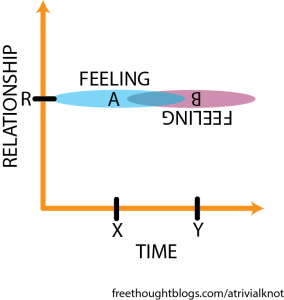 A typical “It changes over time” orientation

In this orientation, you only have FEELINGS towards people who have RELATIONSHIP R with you, and the FEELING COMPONENTS depend on your TIME. When your time is X, you have feeling A, and when your time is Y, you have feeling B. Relationships are a multi-dimensional space, but are here represented with one axis. Time is inextricably linked to space, but is here represented with one axis.

The downside of The Extremely Simplified Model of Orientation is that it only allows for a very small set of possible orientations.  As an exercise, let’s calculate the dimensionality of the space of orientations.  Suppose that there are N possible feeling components.  And suppose there are M possible circumstances (probably M is infinite).  ORIENTATION exists in N*M dimensions!  This is of course, an extremely tiny subset of the dimensions available in The Universal Equation model.  We must be ruthless about simplification!

Before you mock celibacy, listen » « You wouldn’t use “uneducated” as an insult