Going through that nerve-wracking, humiliating ordeal while the national discourse was tainted with delusions and wanton cruelty emanating from (usually) ultra-conservative critics, many of whom proudly profess a belief in the principles of mercy and charity as conveyed by their savoir Jesus Christ, ranks among the most surreal, gritty , at times truly Orwellian experiences in my life. That rare kind of personal intrusion, where news ceases to be a TV show and suddenly leaps out from my screen, with intent to harm on par with an armed thug suddenly crashing through the front-door. After a glitchy roll out, and no end of Teaparty whining about people like me having an affordable option to preserve our health, the news this week has markedly improved for Healthcare.gov: END_OF_DOCUMENT_TOKEN_TO_BE_REPLACED

Click the image fore details on the total cost on a Silver Plan when s/he was done …. three cents a month! S/he’s also in the same boat I am: if the diarist makes just a tiny bit less than what s/he estimated for 2014, they will not qualify for a private policy and there is no Medicaid expansion option.

With my eligibility confirmed, I was ready to select an actual plan. I already knew basically what was available and basically what plan I was going to pick, because I had done a bit of research over the past month or two. Two really useful websites I found are Value Penguin and The Health Sherpa, which both have good estimators of the costs of Obamacare plans.

Sen Ted Cruz (R-sociopath) is afraid we commoners might get “addicted to the sugar,” like some poor child eating their way to ADHD down at the local candy store. Except the “sugar” is, you know, having a shot at beating cancer or other inopportune diseases and injuries …

Oh. My. Fucking. God. Lets say you’re a self-righteous, overbearing fundamentalist grifting snot-wad of a political party whose members brag about their superior family values on every mic they can hijack 24/7. And now let’s say you’re gonna investigate the website crashes afflicting the ACA earlier this month. And let’s add in that you’re desperate to rehabilitate your public image after a recent screw-up. Who would you pick to be the public face and technical expert advising you on that effort? END_OF_DOCUMENT_TOKEN_TO_BE_REPLACED 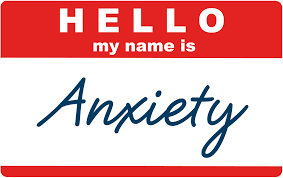 So, newsflash, waiting in the doc’s office to find out you probably have one of ten different kinds of cancer is not a fun activity. The ghost of Lorenz was present, space-time stretches and distorts, minutes drag by; it’s an ordeal. Every time a door opens into the waiting room, you wonder if now’s the time, the beginning of the end, where you will be beckoned back into the bowels of medical wonderland for a grim pep talk on the kick-ass advances in chemo-therapy or bone-marrow replacement waiting for you. An adventure of sorts, into the irreducibly broken side of human physiology, where someone will play the anatomical model with a hidden pathological condition. Today, I landed that starring role, the door finally opened, my name was called. END_OF_DOCUMENT_TOKEN_TO_BE_REPLACED

The Republicans were warned, again and again and again, that it was bad politics to shutdown the government or risk a default. Many clearly knew that was true or they wouldn’t have spent so much time trying to blame Harry Reid and Obama. But the tragic flaw for people who think facts don’t count is they don’t listen to facts. In the case of the government shutdown, the Teaparty wing dragged the rest of the GOP into a suicide mission and now they’re all paying the price: END_OF_DOCUMENT_TOKEN_TO_BE_REPLACED 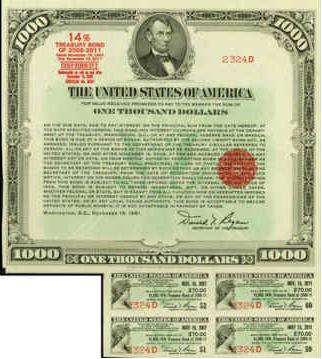 Ted Cruz may be a dangerous scheming sociopath, Rand Paul is a dangerous idiot. At least according to his own words. END_OF_DOCUMENT_TOKEN_TO_BE_REPLACED

Remember I’m Just a Bill by Schoolhouse Rock? Thanks to dead-enders in the Teaparty, the process has changed since the forlorn little bill sat waiting anxiously outside Capital Hill. Go below to see act two. END_OF_DOCUMENT_TOKEN_TO_BE_REPLACED

As the saying goes, success has many fathers but failure is an orphan. Ted Cruz may find few willing to adopt him at this rate. After a couple of quieter days more or less out the Klieg lights, conservatives are refocusing their angst on the junior Senator from Texas. They’re not happy that he stirred up this hornet’s nest for political profit, presumably knowing he couldn’t deliver.

But what really has them pissed, Cruz is raising large sums of money to fund his Senate Conservatives Fund, and using it to run oppo hits against fellow conservatives. Some of Cruz’s victims are lining up for the kill shot anonymously and some are willing to pitch in by name. : END_OF_DOCUMENT_TOKEN_TO_BE_REPLACED

Cruz above gives you an idea of how far some will push this con. They’re ruthless and reckless often, but right now more than ever. Cruz is feeling the heat, his body language is subtle but clear. Most of our intel and other super-secret assets are furloughed because of the Republican Shutdown. So, like a good strategist, he’s setting up to deflect blame for any terrorist attack that might come and get dumped on the GOP, and on Cruz most deservedly. If Cruz is rattled they all are, regardless if it helped out their personal warchests runing the funding plea con, the concern and possible consequences for the party as a whole are getting through. Enough that Cruz knows he’s lost control of the news cycle and trends, he knows he has to take some bigger chances now. What if we could use that growing awareness of futility against them?

Desperate opponents make for productive negotiation. A meeting is underway between President Obama and leading members of both parties from the House and Senate. That has everyone nervous. The Teaparty is nervous their suicide bomber may lose his nerve and the rest of us are nervous Obama might be enticed. I don’t know that we have to worry about that part: END_OF_DOCUMENT_TOKEN_TO_BE_REPLACED

Anyone who has gotten into a discussion with someone whose basic premise is facts don’t count understands the frustration of dealing with today’s cult-like conservative movement. But that has a downside: Teaparty conservatives are barreling toward party suicide utterly unaware of the danger, indeed convinced, that what they’re doing is politically safe for their party because its wildly popular across the nation.