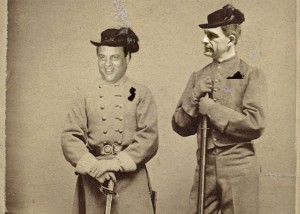 There is no joy in Teaville, mighty Cooch and the gang have struck out. It was a bad night all around for the Teaparty. A good night for Chris Christie who unofficially-officially launched his bid for the WH last night, and a decent night for progressives by default. Best of all it fans the Republican civil war between the know-nothings who can’t believe America doesn’t support their narrow views and the establishment GOP that shocked them into life:

MoJo — With Gov. Chris Christie’s massive reelection victory in the blue territory of New Jersey and Ken Cuccinelli’s embarrassing defeat to Terry McAuliffe in the governor’s race in often-red (in the off-years) Virginia, reasonable Republicans scored points against the party’s renegades in the GOP’s ongoing civil war. This internal battle has intensified since the government shutdown, as diehards led by Sen. Ted Cruz (R-Texas) have insisted the Republican Party’s fortunes are tied to no-compromise conservatism and ideological confrontation, and establishment Rs have decried their party’s Kamikaze Club and contended the GOP must maintain a lifeline to the center and political reality. …

For decades, GOPers have described the Republican national coalition as a stool of three legs: national security Republicans, business Republicans, and socially conservative Republicans. At the moment, all three legs have serious cracks. The McCain hawks shudder in horror at Rand Paul’s neo-isolationism. Corporate Rs cannot believe that tea partiers place a desire to kill the government ahead of economic stability. And religious-right GOPers fret that libertarian and demographics-minded Republican strategists want to throttle back on the cultural warfare that alienates independent, young, moderate, and suburban voters.

In Virginia, crazy EW Jackson, fake Christian and real dominionist, lost rather badly in the LT Gov race. Only the AG is still in dispute with the Republican candidate Mark Obenshain up by less than 300 votes out of almost two-million cast over democrat Mark Herring, which will almost certainly lead to a recount no matter how it ends up. Dems may prevail in picking off two GOP seats in the VA legislature to boot. McAuliffe will still have a hostile ledge to deal with, but as Obamacare kicks in for millions of people elsewhere, the pressure to incorporate the Medicaid expansion side of it will grow and residents will have a sympathetic alley in the governor’s mansion.

Further south, Teaparty backed darling Dean Young lost a primary by four solid points to Republican incumbent Sen. Bradley Byrne in one of the darkest, reddest conservative districts in America, Alabama’s 1st. That may be the biggest bellweather of all vis-a-vie the current state of the GOP civil war.

On the other hand, Chris Christie, running openly as a RINO moderate who went ahead and committed the unpardonable sin of standing shoulder-to-shoulder with Obama after Super-storm Sandy, won handily over his democratic challenger to serve another term as New Jersey’s governor, which he will spend mostly running for President and/or licking the wounds of his loss to come in the 2016 primary or general.

While everyone will try to put their best spin on this — Cooch has already tried to set the narrative that losing by a smaller than expected margin is somehow a victory for the Obamacare Derangement Syndrome afflicting much of the Republican caucus — the polls tell the numbers: this election was fought and won in large part by women voters concerned about the Teaparty’s backwards stance of social issues, particularly women’s rights.

I can think of no better way to cull out the worst of the conservatives and encourage the best of them than results like this. The best part is, the Teaparty has a known penchant for peddling half-truths and distortions to their own constituents when it comes to facts and figures. Odds are they’ll needlessly drag it out, wasting valuable resources along the way.