The Republican Brain: The Science of Why They Deny Science — and Reality by Chris Mooney
Publisher Wiley; available on Kindle

During the darkest days of the Bush era, science writer Chris Mooney made a big splash in the publishing world with his first book detailing the Republican war on science. This month his newest effort, what could be nicknamed the Republican brain on science, hit the shelves. In it you will find Mooney is a stickler for detail, always important in any book on science, especially one with a bold title. But this is no clinical read, the book is a blast right off the bat, framing the main subject marvelously in the juiciest claims and tastier bits of conservative pseudoscientific lore readers here have come to lovingly know and ridicule.

The book opens with a synopsis of Conservapedia and a zany entry on relativity, where relativistics is portrayed as some kind of neo-liberal attack on staunch conservative values rendered in math and physics. This was quickly followed by a deft series of knock out punches dispatching classic right-wing chestnuts including birtherism and climate change. Thus, Mooney had me both chuckling and hooked by page four.

Given the title readers might be forgiven for assuming this is a purely partisan pseudoscientific attack — projection being all the rage on the right these days, eh? In fact the book is quite fair, the author carefully reviews instances where non conservatives resist evidence. He writes early on and illustrates throughout it’s not that liberals or independents are always right about science, it’s that, lately, conservatives are wrong a lot. From all outward appearances they often seem to be sincerely unaware of how wrong they are. At times they can even make a good faith effort to grasp why they’re wrong and still fail. The book also introduced something new, at least for me, called the smart idiot effect: the more educated conservatives are, the more sure they are about their false beliefs.

How is that possible? There’s no way a short review is going to craft and assemble all the parts Mooney puts together to address the central question. Maybe it could be summed up — in my words — that human brains didn’t evolve to be dedicated truth detectors, they are also fitness engines for a highly social species. There’s more than one way to socially integrate, leading to the book’s main thesis: there are personality traits correlated with conservatives and there are other traits common, on average, to non conservatives, which imply the two groups as they currently exist fundamentally process facts and beliefs a little bit differently. One manifestation is modern-day conservatives are more difficult to persuade than non conservatives using documented facts or reasonable inferences, particularly on issues where there’s a partisan axis, even in the face of a robust scientific consensus or just plain common sense.

That is a big check to write, but it’s not radical and Mooney is not the only one writing it. The same general idea has been considered by researchers in one form or another for decades, it has been used convincingly by other authors like John Dean to explain the sometimes irrational beliefs of conservatives despite overwhelming evidence to the contrary. Whether Mooney’s science-brain version leans too much to nature and not enough to nurture is something that will continue to be examined and debated by experts in the same fields of study he writes about so well. But the book is extremely well researched, and a hell of a lot of fun to read, making it a great starting point for anyone interested in the science of anti-science. 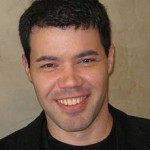 Chris Mooney is a science and political journalist, blogger, podcaster, and  experienced trainer of scientists in the art of communication. He is the author of four books, including the New York Times bestselling The Republican War on Science. He blogs for “Science Progress,” a website of the Center for American Progress and Center for American Progress Action Fund. Chris plans to be available this morning at Daily Kos to respond to a few comments around 11 AM central.