Before there were blogs, there was use.net. One of the most fun message boards there was called Talk Origins, a meeting of the minds between the reality-based community and a gaggle of trolls and drive-by creationists. One of the best essays posted there was by a member named Aron-Ra, and a few years later I adapted it to the emerging new medium of the blogosphere. I’ve reposted an a newly edited, more streamlined version below. — DS

My grandfather wasn’t no monkey!”, “You think we came from slime?!”, and “man, if you want to believe your great^100 grandpa was a rock, be my guest…but it’s STUPID!” One thing we can agree on is, yes, thinking that evolutionary biology stipulates that your ancestor from 100 generations ago was a monkey is indeed stupid. For a lot of reasons, not the least of which is just to get to “monkeys,” let alone “slime,” we’ll need a lot more zeros in there …

Let’s increase that starting multiple, say 1000 generations. A grandpa from 1000 generations ago would have had generation gaps than today, around 15 years apart on average. He would have been a Paleolithic nomad in about 13,000 BCE, just shortly before the foundation of the most ancient cities like Jericho and Damascus. But still fully human, 100% anatomically modern H. sapien. Your great to 10,000th grandpa and grandma would have been everyone else’s great to the Nth grandparents too (Everyone alive today that is) He or she would still have been definitely human and visibly different from their Neanderthal neighbors. Odds are near certain s/he would be still be considered Homo sapiens, but there could have been some H. antessesor or heidelbergensis in there. 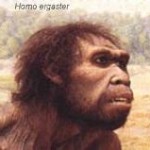 Still obviously people and no more ape-like than any of the more isolated aboriginal primitives still around today. Now, go back a hundred thousand generations and your grandpa looks a little different, especially around the ornate skull, and anoter hundred thousand generations back would amplify those differences. This grandpa might be called a Homo ergaster, or a rudolphensis. But they’re still fully bipedal, tool using humans and would be instantly recognizable to any child today as a ‘caveman.”

A million generations back is a big leap. A lot can happen in ten million years. These ancestors probably look a lot like a generic modern ape and they live in the Miocene, a veritable age of apes. The world is covered with a thick, steamy rain forest just perfect for these critters. But their brains are still huge compared to other animals, and they live in complex social soceities probably similar to bonobos or chimps today. Generations now last only five or six years.

Ten million generations ago brings us to some of the earliest recognizable, quasi-modern primates. This would be a creature living around forty or fifty million years ago, not long after the demise of the dinosaurs, and it might superficially resemble a modern monkey, or more likely a modern lemur. If we saw one today we might call it a Northarctus. He’s not far removed from Purgatorious, the first known primate.

Go back 100 million generations, about 200 million years, and the world changes almost beyond recognition. Our direct ancestor isn’t even a primate anymore, such distinctions have yet to evolve. It’s a little proto-mammal, probably belonging to a clade called cynodonts. It almost certainly laid eggs, but it had hair and unlike the emerging bird-like reptiles towering above it, these guys really took care of their young and they were adorable. Generations come every few months now.

A billion generations ago, maybe something like 400 million years in the past. The land is dominated by colossal insects and other invertebrates! But the rivers are teeming with a new kind of fish that can gulp air and walk on the bottom thru swift currents on newly evolved lobed fins we might call legs. It represents a major evolutionary leap: just a little over a hundred or so million years earlier, what passed as fish were little worm-like critters with a line of nerve tissue down the interior dorsal surface reinforced with a sliver of cartilage. They probably spent most of their time hiding in fear from the massive mutant cephalopod ancestors and giant marine arthropods that ruled these seas.

Ten billion generations ago puts us at the beginning of a very mysterious time called the Ediacaran Period. There’s not much fossil bearing sediment preserved from this time, but what little there is suggests our ancestors were, at best, a tiny, primitive worm. And probably more like a near microscopic polyp. And from here on out there’s no more grandfathers, there’s only mothers and daughters.

A 100 billion generations ago? Now, finally, we’re a billion years back in time, smack dab into the Protozoic Eon, where most everything we know about was a one-celled creature. Sometimes they cruised about powered by cilia or pseudopodia, other times they may have grouped together into larger colonies. If you scooped up a handful of the latter you would probably call it slime. And if you go back a trillion generations there’s not even modern cells. There are bacterial collectives that might one day be called eukaryotes and lots of collectives that are called prokaryotes. The forerunners of the planet-animal split we take for granted in our time.

If you go back ten trillion generations it’s hard to say what a generation even means any more. Because this takes us back to the earliest life on earth and before. When chemical hypercycles in tidal pools or near hot thermal vents were the ultimate cutting edge in all the biological world. And if we go back any further we’re not even on earth anymore because our planet, our sun, and our galaxy as we know it, does not yet exists. Your ancestors, for lack of a better word, are molecules floating in space or elements still being cooked up inside large stars. I guess we could call that a “rock.” 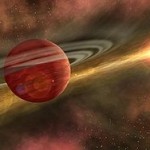