Professor Eric Oliver, author of a book about conspiracy theories and the spread of false information, Enchanted America: How Intuition and Reason Divide Our Politics, said those about medical issues are the most widely circulated and believed.

“When we’ve done surveys we’ve consistently asked a question: do you think the Food Drug Administration has been deliberately withholding natural cures for cancer because of secret pressure from the pharmaceutical industry? Typically we get about 40% of people in our surveys who agree with that, and that is by far and a way the most commonly held conspiracy theory,” he said.

A study of millions of Facebook users in the journal Nature released this week found that groups opposed to vaccinations were much more effective at penetrating discussion among those who were undecided than those who support the science. It said growing distrust in scientific expertise “could amplify outbreaks” of coronavirus.

The Atlantic magazine is running a series of articles called Shadowland that examines conspiracy thinking in the US. In the introduction to the series, they write:

America owes its existence, at least in part, to conspiracy thinking. In the colonies, a theory was born that King George III was plotting the enslavement of all Americans. Even without evidence, this theory helped tip the scales toward revolution.

Yet conspiracism here and around the world has destroyed great institutions, eradicated knowledge, endangered democracy, and ended lives. Now-fueled by the internet, partisan media, and the 45th president of the United States-paranoid thinking is more powerful, and more dangerous, than ever, threatening not just individual facts, but the idea that empirical truth exists at all.

The rise of mainstream conspiracism is the result not just of bad information or bad politics or bad thinking, but of systems built to stoke paranoia and to profit from mistrust. This project is an attempt to illuminate the forces that have created this unreality-and chart a course for how we might feel our way out.

Why do so many people believe these theories? It may arise from a sense of powerlessness and grievance that people feel, that they are somehow been denied what is rightfully theirs in terms of money, jobs, and general standard of living. It is undoubtedly true that the economic and social systems that exist in the US are exploitative and people have a right to be angry.

But rather than seeing the problem as lying in systemic factors that enable the wealthy to get wealthier while making the rest poorer, which requires a level of abstraction that requires work to deconstruct, it is easier to distract people by pointing to groups of people as acting like a cabal and making them into the enemy. Targeting people is easier to do than targeting systems. 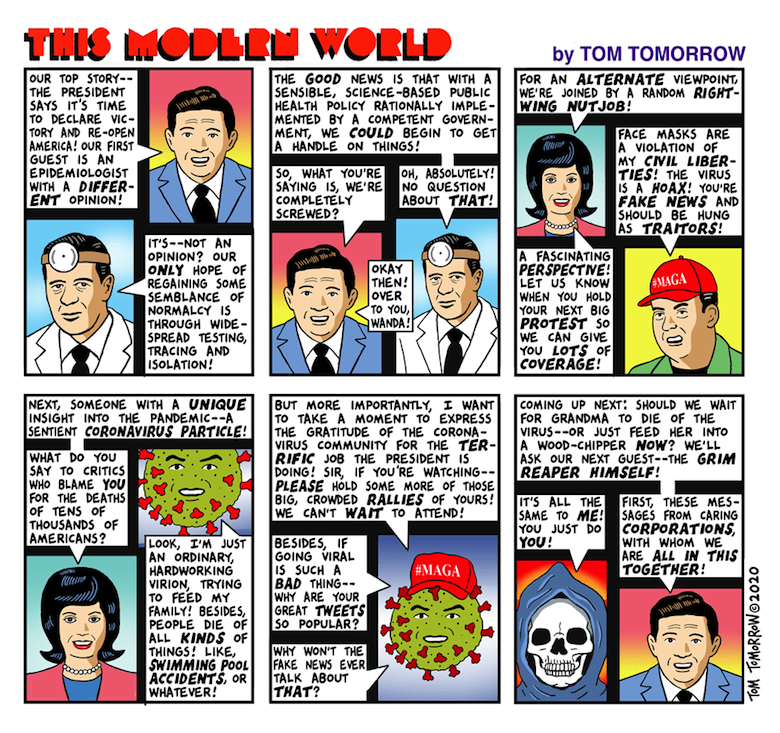 Thanks to Trump, the world now looks at the US with pity » « Breaking news! White guy runs on street carrying a TV – and nothing happens