The great cartoonist, whose is now 91 and whose wordy cartoons were less gag-driven but more mordant, was a must-read during the Nixon era. In a recent interview, he shows that he has not lost his bite and says that Donald Trump has dispensed with the illusions that Americans have about themselves and revealed what many of them are really like.

“The president affected much more than the politics of the country,” Feiffer says. “And you see it with Trump. He created a social style of what was acceptable and not acceptable in all forms, not just political, but social, interpersonal behavior. The way we react to one another, whether we’re kind or the way we’re paranoid or suspicious. Somehow it’s all centered in the White House and spreads out.”
…

As for the current president, “He’s bringing us back the real America. That’s it. Making America great again is making America openly bigoted again. You had to hide the bigotry during the liberal years. Now we don’t have to hide it. And that’s what you see in the Trump rallies. That’s what you see with his crowds… He’s licensing his followers to behave as badly as they once fantasized but didn’t dare. And he’s saying, ‘Let’s stop fucking around, this is who we always were.'”

Feiffer recalls what he considered the callous response of many Americans to the news of the My Lai massacre-comparable to the widespread acceptance today of the forced separation of families at the Southern border. It’s not due to any lack of information, as Feiffer told Studs Terkel in 1974. It’s just “the process of denial, over and over again.”

The ability of people to shut their eyes and ears to messages that contradict their image of self-virtue is quite remarkable.

For those too young to recall Pfeiffer in his heyday, here are some of his old cartoons to show how relevant they are even now. 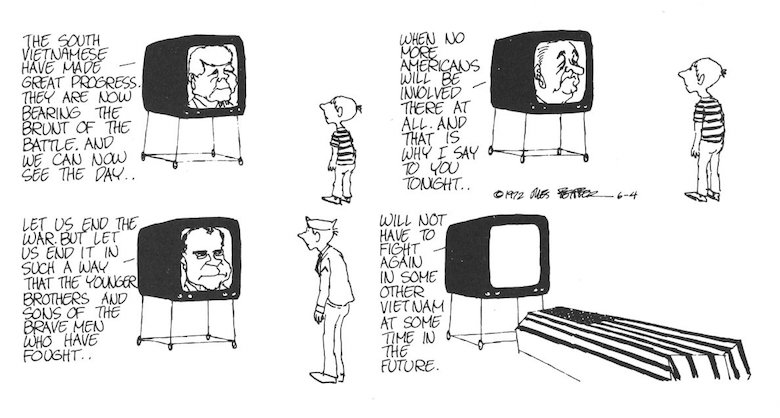 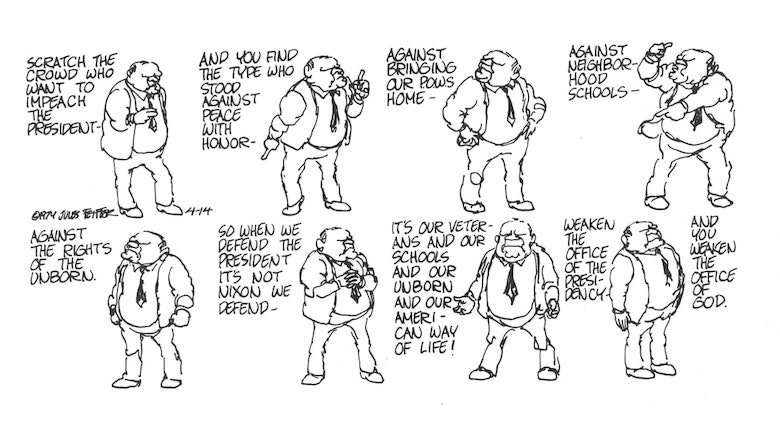 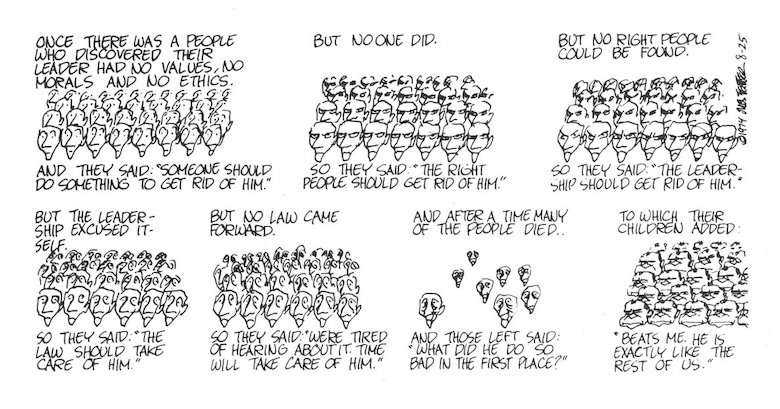 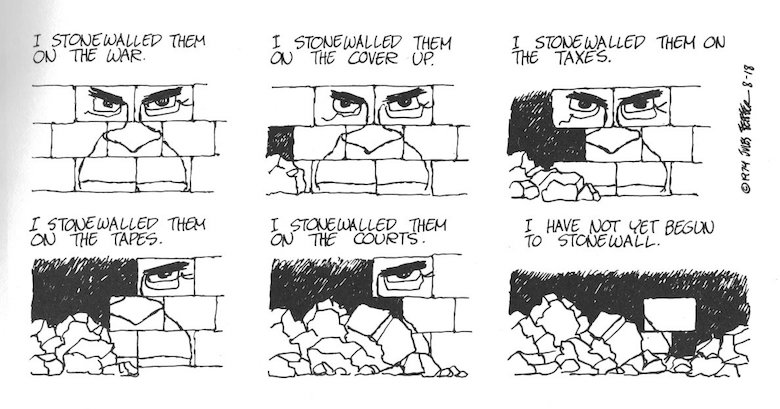