Some of the arguments against eating meat are that it is morally wrong to kill animals, that the factory farming practices that it leads to create conditions for the animals that are repugnant and ethically indefensible, and that growing animals for meat is a waste of resources and is economically wasteful and environmentally damaging, since it takes a lot of land and plant products to produce animals for meat. And yet people seem to have a taste for meat.

Karen Dawn writes about the development of what is called ‘cultured meat’ that start as cells taken from an animal that may be able to satisfy people’s desire for meat without most of the negative consequences.

Whether obtained from a feather, swab, or small biopsy, the cells are added to a medium, which is basically cell food, in specialized vats known as bioreactors, where they begin to replicate. In the early research, that medium was animal-based, which gave some animal advocates pause, but things have progressed. JUST’s co-founder and chief executive officer, Josh Tetrick, tells me in a phone interview, “Herbivorous animals use plants as their media to produce meat, and so can we.”

The replicating cells are put on scaffolding where they grow into the final product. It looks and tastes like meat—because that’s what it is.

She discusses a video produced by the company that shows some of the people behind this sitting down to a picnic meal of chicken while the actual chicken from whose discarded feather that meat was grown (his name is Ian) wandered around nearby. 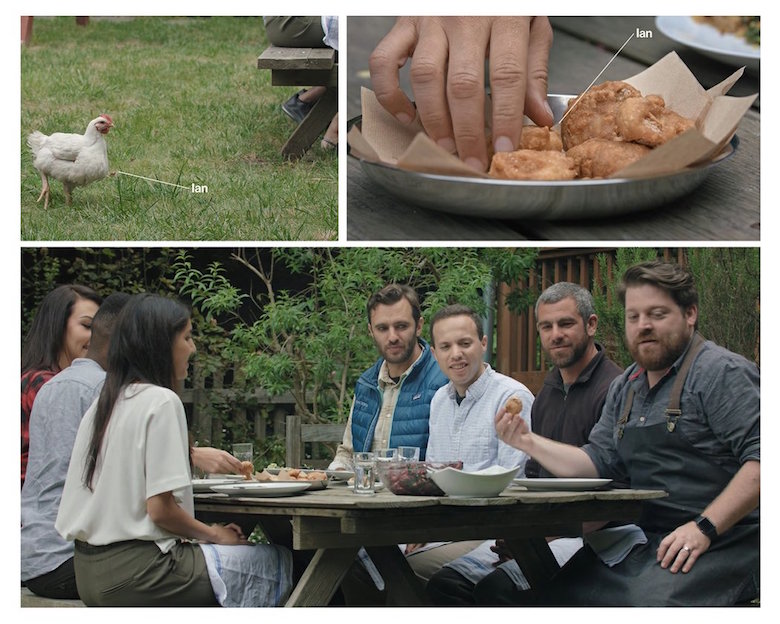 Does this new process of meat production solve the moral, ethical, economic, and environmental problems associated with normal meat production? While those issues will be debated by philosophers and ethicists, some benefits are immediately apparent. Factory farming will no longer be necessary since all you need are a few cells to start the process. But you are still eating meat with cells taken from animals, even if you are not actually killing them. And you are still using plant-based products to produce meat and thus introducing waste in the plant-to-meat conversion process, although the loss factor is greatly reduced since you are not producing the bones and skin and all the other parts of the animal that are not used.