The above Pickles cartoon will resonate with those of us who have canine companions. (The whole week starting on June 24 features this storyline.) But do dogs really know that they have done something wrong and do they have guilty looks?

In the book Moral Origins: The Evolution of Virtue, Altruism, and Shame (2012) that argues that group selection played a major role in how morality evolved, the author Christopher Boehm says that we are fooling ourselves in thinking that dogs have consciences and show guilt and remorse. He describes himself as a fanatical dog lover and says that dogs are “friendly, affectionate, loyal, empathetic, eager for approval, and, if their owners are in trouble, often protective and self-sacrificing.” But he says that however much we may think so, they do not seem to have a rule-internalizing conscience and sense of shame.

[T]he idea that after-the-fact punishment can produce a positive shift in the dog’s behavior, just as it does with humans, is quite erroneous. Any professional dog trainer will tell you that you must punish your canine pet right in the commission of the deviant act – or at most within just six-tenths of a second after the dog’s unappreciated deed is done. Otherwise, apparently your dog will be confused because it will see you, a person it is closely bonded to, being hostile or hurting it for no good reason. (p. 22)

Clearly this assumes that aversive training, where one punishes the dog for any errors, is a good thing. I am not sure what the punishment consists of on the spectrum of scolding, though light smacks, to more severe physical punishment.

I do not approve of corporal punishment for children or dogs. Wagging my finger and speaking in a stern voice is as far as I go. I have no idea of this is effective with dogs, or even children, come to that.

UPDATE: As I said in the comment, Baxter the Wonder Dog almost never does anything that merits a reprimand and on the rare occasion that he does, he looks so cute that one simply does not have the heart to admonish him except in the gentlest way, like ruffling the top of his head and saying “Why did you do that?” 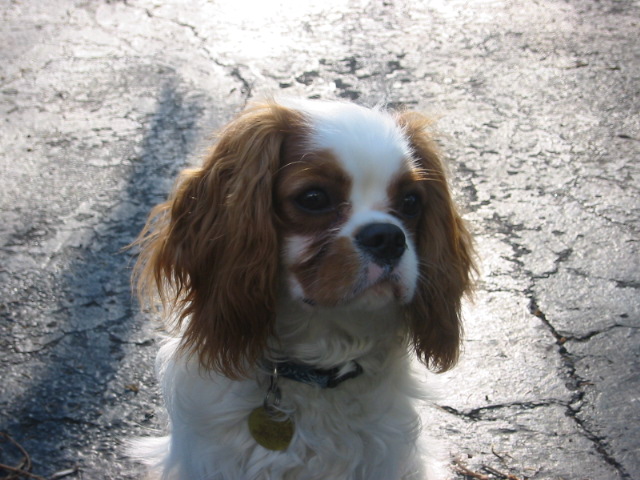 A short history on US meddling in foreign elections » « Monday funnies