The process of evolution produces an extraordinary diversity of species, far greater than we experience in our normal lives. As we become able to explore the Earth in regions that are utterly different to what we normally experience, we discover fascinating new forms of life that are the products of extreme conditions. A team of scientists from Australia’s Commonwealth Scientific and Industrial Research Organisation have been conducting a month long investigation in a deep rift near the coast of Tasmania and brought up creatures that evolved under conditions of extremely high pressures, little food, almost freezing temperatures, and no light. The depths range from 2500-4000 meters. They have been maintaining a daily blog of what they have found.

On day 33 they discussed some of the things they found that adapted to the low light by losing their eyes.

What features stand out when you look someone, or something, new in the face . . . eyes, nose, mouth? Not in the abyss! For this is the place of the featureless face, where perhaps the most vital innovations of vertebrate anatomy are all but useless, with none being more so than the most powerful of them all, the eyes.

Why hold onto eyes where a reason for them doesn’t exist? Why have eyes where colour, form and texture can’t be conveyed because there is no light to convey them? Bioluminescence you say? It is indeed present, but not in great enough concentrations to allow vision of form and texture. And colour? No, not so much, because all the living fish are dark, pale . . . or translucent.
. . .

The loss of functional eyes is a bit extreme you might say but the answer to that is in another question: “Why retain such expensive, energy eating organs, whose sophisticated cells would normally convey and interpret vital messages of sight about predators and prey, when the light’s not there?” No light, no sight, no messages.

Here is a photo of a blind cusk eel. 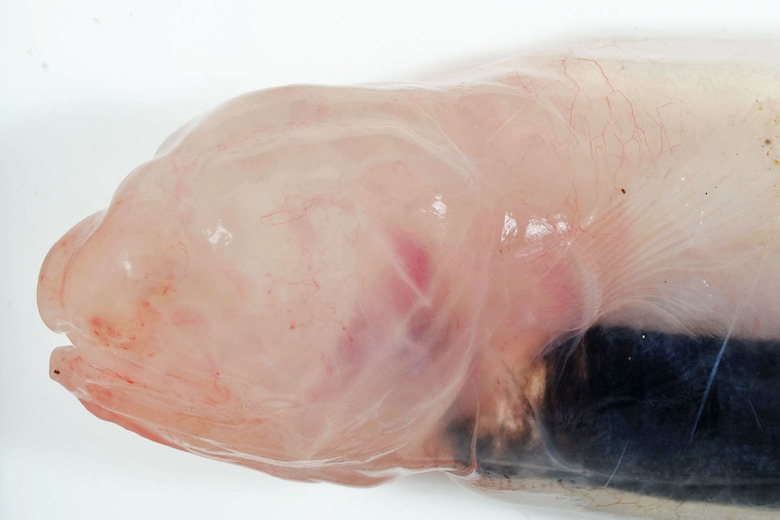 The Blind Cusk Eel is a small fish with transparent, gelatinous skin and no scales that looks more like a larvae than a adult fish. The skeleton is only partially calcified, and the muscles and gills are underdeveloped. The eyes and nasal organ are reduced, and they lack a swim bladder. They live at 2000 to 6000 metre depths. Image: CSIRO Australian National Fish Collection

But not all the specimens are as gelatinous and harmless-looking. Some look quite vicious, such as the lizard fish. 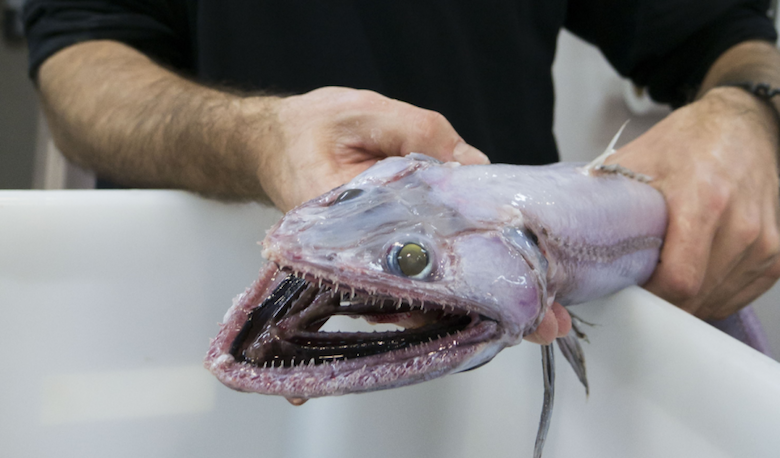 I expected that all such deep see animals would be fairly colorless but was surprised to learn that some crab and shrimp-like animals are colored red. It turns out that these exist at depths of around 1000-2000 meters, not so far down comparatively but the light is so weak that they appear a dull brown and thus hard to see. 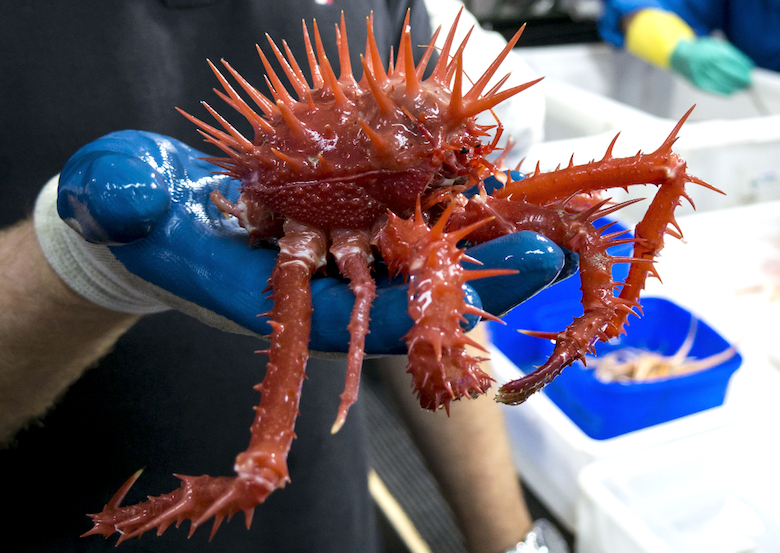 The images and descriptions of the discoveries are truly fascinating.

When I learn of these things, I always wonder how creationists will respond. They will of course argue that their god created these organisms. But the real question is why bother to do so? They can always use the ultimate escape mechanism by saying that their god is inscrutable.