Beetle Bailey is a long running comic strip that began in 1950 about an army base where the soldiers are never actually called upon to fight in any wars. Its title character is a private who is a total slacker and tries to shirk his duties whenever he can. The rest of his troop also consists of misfits who have no interest in fighting and for whom the army seems to be a sinecure. The camp is overseen by an alcoholic general whose main interest is playing golf.

The strip is mildly funny and never controversial, though one can imagine that the military is not too keen at the way it portrays them as inept and lacking zeal. One thing you never see in the strip are the soldiers actually fighting in a war. The closest you get to it are war games and the only real violence consists of fist fights between Beetle and his exasperated sergeant.

The strip is never deep so it was with some surprise that I read yesterday’s Sunday strip. Take a look. 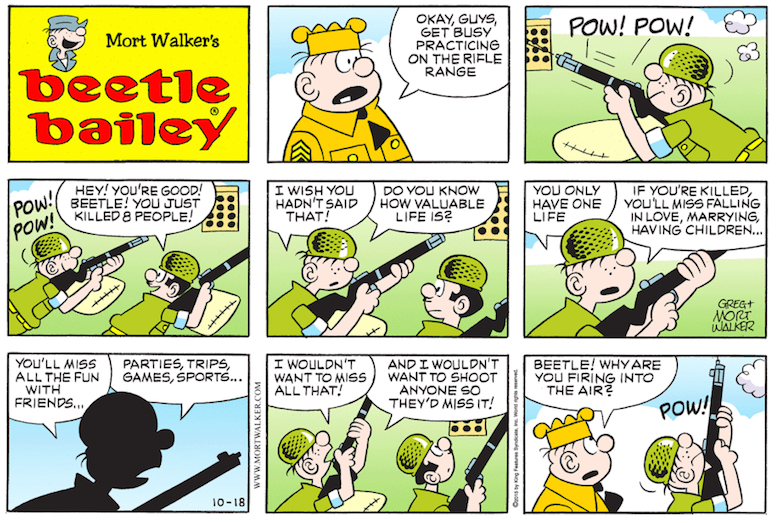 This is a very subversive anti-war strip and I am curious to see what the reaction will be among the jingoists who revere military people who kill without compunction.