In the October 2015 issue of Z Magazine (paywall) John Malkin interviews veteran journalist Chris Hedges and there is one answer that the latter gave that I think is worth reproducing in full because of its importance to our times.

Malkin: How do you respond to people who say, “I don’t mind being watched. I don’t do anything wrong.”

Hedges: Those people don’t understand how totalitarian systems work. They better tum off their televisions and start reading people like Hannah Arendt. They should read Sheldon Wolin and others who have written about inverted and corporate totalitarianism. Totalitarian systems carry out wholesale surveillance not to find crimes. It’s so they have information should they seek to shut down an individual or a group. They can manufacture evidence from the data they’ve collected to criminalize and incarcerate those they’ve targeted. Go back and look at what fascism and communism did. That’s why they had systems of mass surveillance. Blackmail was one of the major tools that the FBI used against Martin Luther King Jr. and others in an attempt to shut down their activism. In the case of King, it was adultery. Nobody’s clean; everybody’s got something. And the state wants to know what it is so they can build a case against anyone.

You can go back and look at the purges that Stalin carried out in 1937 and 1938. They would build cases from wholesale surveillance to criminalize behavior that wasn’t criminal at all. But totalitarian states don’t collect evidence because they’re searching for crimes. They collect evidence so that when they need to criminalize a group or shut down an individual they have it. It’s dangerous. [My italics-MS]

Mass surveillance also destroys any possibility of serious investigative reporting because your sources always know they’re being tracked. Under those conditions, no one can reach out independently to a reporter to shine a light on the inner workings of power. The Obama administration’s assault on civil liberties has been far more egregious than the Bush administrations. We’ve seen Obama use the Espionage Act eight times against whistleblowers. That’s not why the Espionage Act was written. It was the equivalent of our Foreign Secrets Act to prosecute people who gave sensitive state information to those who were deemed the enemy. But it has been misused and has essentially killed investigative journalism into government activity.

The misuse of the Espionage Act coupled with wholesale surveillance essentially means that power is no longer accountable. The consequences of it are terrifying. You can’t organize. We see this in the wake of the Occupy movements; because all of the Occupy activists communicated electronically the government has gone back and traced all of those communications and determined who were central to those movements and hauled them into court on bogus charges. They’ve been threatened with jail time if they don’t plea to a felony conviction, they’ve got five years probation and if they get picked up for anything then they’ve got to serve their full sentence. They’ve effectively neutralized activists across the country. And it was done through wholesale surveillance because the government could figure out who had been the engines of particular movements and they targeted them. [My italics-MS]

The national security state is bipartisan. President Obama’s complicity in it is even worse that George W. Bush’s because he caused so many Democrats and liberals to acquiesce with it, whereas they would have protested loudly at Bush. 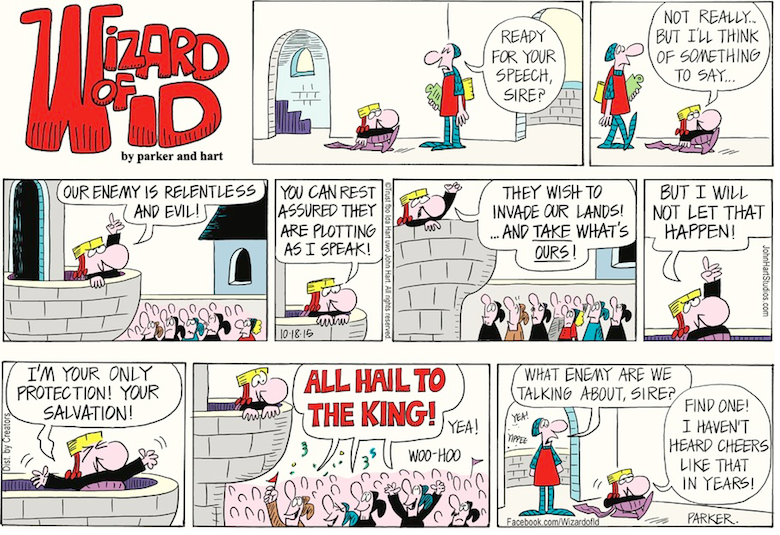