It isn’t just the one in the previous post. It also includes this nightmare hellscape: 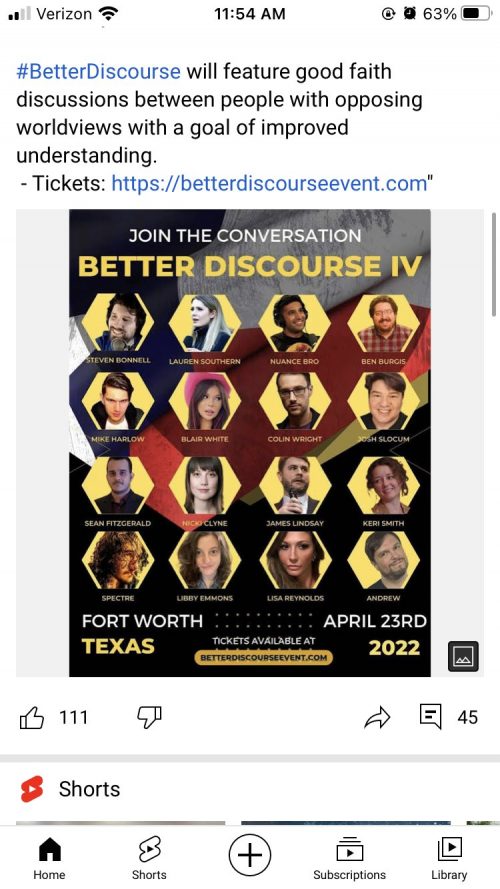 It’s next week, the damned will need to get their tickets soon. Of course it’s in Texas.

It’s a one-day event, noon until 10pm, and look at all those people! Everyone is crammed into panels so they can shout over each other, a crucial part of being in Hell. They seem to have simply drafted a bunch of otherwise unknown nobodies from social media; I especially like the ones who don’t even go by an identifiable name, like Nuance Bro and Andrew, just Andrew, and oooh, Spectre. Spooky. They seem to have no qualifications other than a follower count and reliably regressive opinions.

You know, once upon a time I was one of those guys in great demand to appear at conferences, but then I became Mr Unpopular practically overnight because I spoke out against a rapist. I suppose I could have been there if only I’d abandoned human decency and all of my principles to be part of that mess, like a Peter Coffin (who is also going to be there.)

At least I can attend Skepticon without any regrets…and yes, it’s happening this year, July 29-31, in person in St Louis. Look for a real announcement from the organizers sometime soon, but keep that weekend open.

Wait, when did Casey Luskin get a Ph.D.? » « I’ve just discovered the location of Hell