I was pumped to read the Discovery Institute’s summary of their three greatest achievements in 2021. Finally, the existing paradigm will be smashed! Evolution’s on the run now, boys! Get ready for the evidence! As the author, Brian Miller, says:

The situation resembles a poorly constructed dam holding back water that is continuously rising. Streams of water are breaking through at increasing numbers of locations, and the flow at each location is hastening. The key question is not if, but when the dam will collapse.

Here, I will discuss just three of the highlights from 2021 for the Center for Science & Culture. I will also describe how these successes are hastening the erosion of the materialistic philosophical assumptions hindering scientific progress. And I will assess their implications for the future of the intelligent design movement.

All right! I’ll put on my galoshes and get ready for the challenge of the rising flood…except, sorry, all we get is a fine mist that evaporates as fast as the Discovery Institute squirts it out.

Their second victory is that a couple of DI lackwits published a bad paper on the waiting-time non-problem. It sunk without a trace. You might appreciate this review of the paper by Mikkel Nif Rasmussen.

It’s also another example of creationist papers focused on so-called “waiting time problems” with evolution, which are typically based on the entirely imaginary – and totally dubious premise – that there are “target sequences” that evolution must find and evolve towards without any input by natural selection, by mutating incrementally from some random ancestral sequence until the correct (or almost correct) “target” sequence is produced by the chance accumulation of mutations.

To nobody’s surprise, the longer the target sequence is, the longer it will take before chance mutations happen to produce it or something very near to it.

Oops? Is it raining yet? Score: still nada.

Their third devastating discovery is that there was a conference, sponsored by the Discovery Institute, that was attended by Dembski and Behe, that will have ripple effects…for years to come. No, it won’t, and a gang of creationists pandering to the presuppositions of a few engineers isn’t going to trouble our well-engineered, strongly-reinforced dam. The DI goes 0 for 3!

I’m putting away the boots and the caulk gun, and cancelling that bid on a canoe on eBay. Those highlights were…pathetic. I guess the creationists are truly desperate.

Meanwhile, here in the rational, evidence-based world, PLoS published a roundup of the top 7 discoveries in just human evolution (the list would be far too long if they included discoveries in bacteria, or even spiders). These stories include:

I think the gang at the Discovery Institute could have just opened any issue of the journal Evolution and seen far more substance backing up the science of evolution than the feeble gleanings they managed to scrape together for a whole year of creationist apologetics. 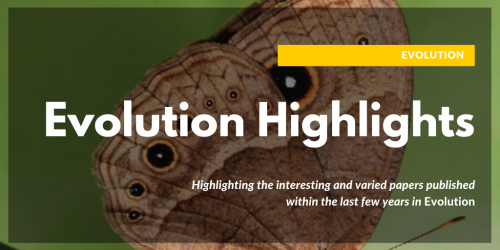