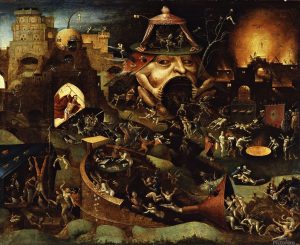 I was this many years old before I learned this extremely important civics rule (forgive me, I’m a little slow):

The laws don’t apply to the people on top.

I know, it’s obvious, and has been obvious all of my life, but as a white man I have been given enough benefits that I could overlook that aspect of reality. Events of recent years have made it so conspicuously overt that it is an unavoidable conclusion. Why do you think so many white men are rushing to join white supremacy movements, or voting Republican, or writing desperate op-eds defending the latest horrific act? It’s because they’re panicking about losing their privileged status in the inevitable upheaval. They’re shoring up the dikes, but the waters are rising fast, and they’re afraid they’ll drown in the flood.

There are only two possible outcomes here: either we get a total fascist crackdown to armor up the inequities of the ex-Republic, or we are going to see the Ancien Régime demolished for its excesses. I’d rather be on the side of the latter process.

What finally hammered the lesson home to me? There have been so many things. The Supreme Court has become transparently political, and I can no longer regarded it as an impartial arbiter of the law. It’s stacked. It’s rigged. It’s laws can no longer be regarded as fair and just. 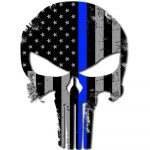 The police…I remember when they were portrayed as Officer Friendly in PR campaigns. Nope. They are militarized enforcers for the status quo, committing murder at will. Have you noticed that the blue of the boys in blue has become progressively darker over the decades, until now it’s just black? If this were a fantasy novel, we’d call it blatant, over-the-top foreshadowing. Any day now they’re going to redesign the badges to be just silver skulls. Oh, too late — the police themselves think that would be awesomely cool.

We’re only just now becoming widely aware that the US Senate is an undemocratic institution that privileges wealthy landowners. I know, that’s what it was explicitly set up to be, but all we were taught is that the power was distributed among three branches so no one could dominate. Well, the judicial branch is dead, and the Senate is a place where minority views by octogenerians get total power to block legislation.

We still have the house, right? Nice populist institution? Forget it. The House Speaker thinks it is a branch of the “free market economy”. The real reason Jimmy Stewart as Mr Smith goes to Washington is to sell out and get rich. He’s going to filibuster to make sure coal and oil companies can continue to destroy the environment.

Now we know that…

The Trump administration engaged in “deliberate efforts” to undermine the U.S. response to the coronavirus pandemic for political purposes, a congressional report released Friday concludes.

He is responsible for the deaths of thousands, and further, he helped sow the seeds of conspiracy theories and bogus quack medicine that will kill thousands more. He pressured the head of the NIH to endorse hydroxychloroquine and other quackery — fortunately, Collins refused (shockingly, there are some tiny specks of integrity in the political landscape, although Trump followers will probably be chanting about killing him now).

Trump still walks free, and is planning his next run for office. The media is eagerly awaiting the exciting, spectacular news and the frenzied PR circus that will follow along in the trail of wreckage it leaves behind. Everyone is dithering, because…because…because, well gosh, he’s the ex-president! We can’t arrest him for conspiring to overthrow the government and being so incompetent that he let citizens die for political gain! Why, if he fell, then congress would have to after their colleagues, like the rapist-enabler and the coke-snorting party boy and the incompetent conservative loony (I know, that one describes a lot of Republicans), and they won’t do that. That could disrupt the party money machine. And then, who knows, the UK might wake up to how wretchedly stupid Boris Johnson is, and the whole edifice that props up idiot privileged assholes all around the world might crumble.

That could lead to principled politicians taking office, and next thing you know, reform. The well-established money making game might get shaken up, the tables flipped, and suddenly everyone in office would have to work for a living.

I’ve resigned myself to the fact that isn’t going to happen.

Hey, remember the good old days of George W. Bush, when idealists would fantasize about how his crimes and corruption and wholesale murders would culminate in him being put in handcuffs and perp-walked out of the White House? It never happened. The war criminal is in a prosperous retirement in which the media occasionally publishes a puff piece about his cheesy amateur paintings. Henry Kissinger is still alive, has a net worth of tens of millions of dollars, and still has journalists begging for interviews. Donald Trump might just be the next president of the United States.

Burn it all down. The American republic is a failed experiment.

The world will sigh with relief when we’re simultaneously hollowed out by the pandemic (facilitated by our own idiot policies) and torched by climate change, which we will do nothing about.

The cork is about to pop » « Distractions